Willie Howard Mays, Jr. (born May 6, 1931 in Westfield, Alabama; outside of Birmingham) is a retired American baseball player who played the majority of his career with the New York and San Francisco Giants before finishing his career with the New York Mets. Nicknamed The Say Hey Kid, Mays was elected to the Baseball Hall of Fame in 1979, his first year of eligibility. Mays won two MVP awards and tied a record with twenty-four appearances in the All-Star Game. He ended his career with 660 career home runs, third at the time of his retirement, and currently fourth all-time[2]. Many consider him to be the greatest all-around player of all-time.

Mays' first Major League manager, Leo Durocher, described his abundance of talent, saying: "He could do the five things you have to do to be a superstar: hit, hit with power, run, throw, and field. And he had that other ingredient that turns a superstar into a super superstar. He lit up the room when he came in. He was a joy to be around."

Upon his Hall of Fame induction, Mays was asked to name the best player that he had seen during his career. Mays replied, "I don't mean to be bashful, but I was." 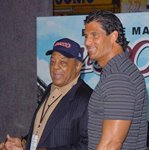 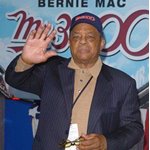 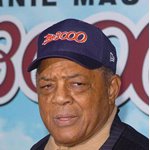 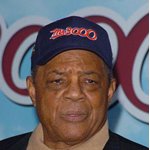 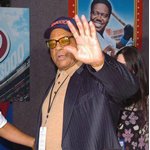