Will I Am Bio - Biography

First thing’s first. The Black Eyed Peas are not breaking up. will.i.am, frontman and producer behind the multi-platinum group, wants to get that out of the way right from the start. “We’re not going anywhere,” he says, by way of introducing his new solo album, SONGS ABOUT GIRLS. “I made the choice in high school to be with a crew and that’s never going to change. It was just really important for me to try some things out on my own, with my own artistry and imagination.”

Indeed. will.i.am has helped steer The Black Eyed Peas into one of the most popular groups in music. They have sold 18 million albums worldwide, have won three Grammy awards and have been nominated for 10 total. The group, though, is a partnership amongst four people. “A will.i.am solo album is a different entity. It’s not a Peas record.”

On his own, will.i.am has established himself as one of music’s top producers. He has collaborated on tracks with Justin Timberlake, John Legend, Kelis, Nas, The Game, Mariah Carey, Whitney Houston, Michael Jackson, Sergio Mendes, Carlos Santana, The Pussycat Dolls, Busta Rhymes and fellow Black Eyed Pea, Fergie. He has developed into a highly revered, sought-after musician, songwriter and producer. So when it came time to work on his solo material, will.i.am not only had a blank canvas on which to work, but a palette of A-list talent to team up with.

But SONGS ABOUT GIRLS is not a cavalcade of other people’s talents.

“I didn’t want to come out and say, ‘Hey, I’m a producer and here are all my friends,’” he explains. “I wanted to be my own man and do my own thing and really try out some ideas that have been bubbling in my head.”

Indeed, SONGS ABOUT GIRLS is a musically adventurous album that is solely from the funky, eclectic brainchild of will.i.am taking inspiration from a range of sounds from around the world. It is also a conceptual album, with a story rooted in will’s own personal evolution. While on the surface SONGS ABOUT GIRLS could be interpreted as an ode to the female gender, it is actually an album inspired by a longtime personal romance. “It’s about one particular relationship that, reflecting on it, I was really sorry how it ended up," will explains. "It was just me being a young dude making dumb decisions. But I was just growing up into a man, learning how to juggle a career with a relationship."

SONGS ABOUT GIRLS follows the story of a burgeoning hip-hop producer who meets and then falls in love with a girl. That producer gets led astray by the temptations of fame and lust and ends up losing his girlfriend. In the process, he learns to appreciate what he had. "The girl this is about knows who she is. It was a relationship that lasted for 7 years. This is the person I was with when we first started The Black Eyed Peas when we were broke. She took us to open mics; she worked at (influential hip-hop record store) Fat Beats. She was a backpacker just like we were backpackers."

In many ways, the making of SONGS ABOUT GIRLS served as therapy for will. “It was a way to get closure from something that had been lingering in my soul for many years,” he says. “I've made a lot of mistakes in my life and hurt a lot of people I've loved. I have no regrets, really, because I've learned from those mistakes but I'm sad I hurt these people along."

Scoring that narrative is vibrant musical soundtrack that draws from a number of different styles of music, and what will leap out first is how musically bold SONGS ABOUT GIRLS is. It is not just a hip-hop album but takes influences from European club sounds and house music, old-school soul and Brazilian Baile funk. It is a flurry of styles that can only come from a vivid creative mind. “It’s not what I can’t do with The Black Eyed Peas, it’s what I haven’t done with the Peas yet,” says will.i.am. “I’ve hinted at some of these styles on Peas songs before but this takes it a little farther and opens up the possibilities of what we’ll be able to do in the future.

Set to a clubby, electronic bounce and with echoes of 8-bit video game sound effects, "I Got It From My Mama," the first single, is a fun rumination on the subject of genetics, on how girls with certain attributes can owe their spectacular assets to their mothers, will explains. “It's as if I was to score what's on a guy's mind.”

"Get Your Money" is a minimalist dance song that would sound right at home in a New York club circa 1978, with its Electro punk upbeat swing. "Donque" is an electroclash-like club joint that features Snoop – the only big-name guest to grace SONGS ABOUT GIRLS. "Listening to that song and those kinds of dance beats, you'd never expect Snoop to be on it," says will. "I called him up and said that I was all inspired by a lot of what I was hearing on the road in Europe and he felt me on it.”

will himself sings over a smooth, Carribean Tropical beat on "One More Chance," something he was inspired to do by two of his peers, Common and India Arie. "A couple of years ago I was doing a show in Atlanta, just freestyling on the mic, and some of what I was doing was half-rapping, half-singing," will remembers. "India Arie told me, 'you know how to sing' but I didn't really believe her. I thought she was being funny. Then Common told me I had a good ear for tune and tone. And it just gave me the confidence to do a song like this."

That sort of adventurous spirit is what flows throughout SONGS ABOUT GIRLS. will has previously released two compilations of production projects on British label BBE Records but SONGS ABOUT GIRLS is the first effort outside of the Peas to really harness all his creative energies. Indeed, the process of creating this album has re-ignited a lot of his creative spirit. “It really made me aware of how much is possible musically,” he says. will shot an accompanying movie for SONGS ABOUT GIRLS, set in Brazil. He has plans to do anther solo album that will serve as that movie’s soundtrack. And he will soon go back into the studio with apl.de.ap, Taboo, and Fergie for the next Black Eyed Peas album.

Says will: “It’s really this incredible thing to create for a living and I’m very appreciative of that fact. I mean, how cool is that?”

Will I Am Photos 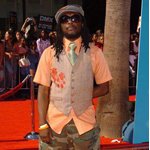 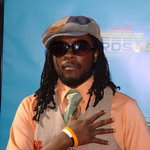 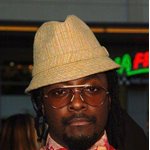 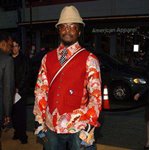