Fashion designer. Born June 27, 1949, in New York City. The daughter of affluent Chinese immigrants, Wang enjoyed a pampered childhood growing up on Manhattan's Upper East Side. She attended the elite Chapin School and the School of American Ballet, before enrolling at Sarah Lawrence College. During her sophomore year, Wang briefly studied abroad at the Sorbonne in Paris, but returned to the United States to complete her degree in art history.

A talented figure skater, Wang competed professionally throughout her teens. In the 1968 and 1969 U.S. National Championships she and her partner, James Stuart, placed fifth in the junior pairs competition. Upon her graduation from college, in 1971, Wang shelved her skating career and began working for Vogue magazine. Within a year, at the age of 23, Wang was promoted to senior fashion editor. She held that title for the next 15 years. In 1987, she left Vogue to take a job as design director for accessories at Ralph Lauren.

In 1989, Wang wed longtime boyfriend Arthur Becker. Frustrated with the slim selection of existing bridal wear, she sketched her own design and commissioned a dressmaker to tailor the elaborate gown at a cost of $10,000. The following year, with some financial backing from her father, Wang opened her own bridal boutique in the upscale Carlyle Hotel on Madison Avenue in New York City. Catering mostly to celebrities and socialites, the Vera Wang Bridal House initially offered couture gowns by the famed designers Guy Laroche, Arnold Scaasi, Carolina Herrera, and Christian Dior. Over the next few years, Wang honed her skills as a fashion designer and eventually launched a signature collection of streamlined and sophisticated bridal wear.

Wang first received international attention during the 1994 Olympics when she designed a hand-beaded ensemble for figure skater Nancy Kerrigan. Wang has since introduced an equally popular line of elegant evening wear, as well as Vera Wang Made to Order — a collection of couture designs that are available exclusively at the Manhattan boutique. To date, both her bridal and evening apparel are sold at over 55 upscale retailers, including Saks Fifth Avenue and Neiman Marcus.

By balancing modern designs with traditional elegance, Wang has acquired a large following, particularly in Hollywood. Her fashions are frequently worn to film premieres and award ceremonies by a number of high-profile actresses, including Halle Berry, Goldie Hawn, Charlize Theron, Anjelica Huston, and Meg Ryan. In 2001, Wang launched her first fragrance and published a highly anticipated wedding guide. Over the years her business has continued to grow. It now includes lingerie, jewelry, and products for the home. In 2006, Wang reached a deal with Kohl's, a chain of department stores, to produce a less expensive line of ready-to-wear clothing exclusively for them called Very Vera.
Arguably the most prominent designer of bridal wear in America, Wang has been honored with a number of awards for her achievements, including the 1993 Chinese American Planning Council's Honoree of the Year Award and the 1994 Girl Scout Council's Woman of Distinction Award. Later that year, she was elected as a member of the prestigious Council of Fashion Designers of America (CFDA). In 2005, the CFDA selected Wang as the Womenswear Designer of the Year.

With all of her talent and success, Wang has become a high-profile figure in the fashion world. She is so popular, in fact, that she has been considered to be a contestant for the celebrity television competition Dancing with the Stars, according to a 2009 report in People magazine. 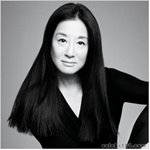