Tim Henman is a retired English professional tennis player and former British number one. Henman played a serve-and-volley style of tennis that suited the grass courts of Wimbledon. He was the first player from the United Kingdom since Roger Taylor in the 1970s to reach the semifinals of the Wimbledon Men's Singles Championship.

Henman never reached the finals of any Grand Slam but having reached six Grand Slam semifinals, won 15 career ATP titles (11 in singles and 4 in doubles) including the Paris Masters in 2003, and been ranked world no. 4, Henman was one of Britain's most successful open era male tennis players. From July 1992 to July 1993, Henman grew six inches to six foot one, and went from 7 stone to 9 stone in weight. This would prove important for Henman's career, as he acknowledged: "As a junior I had pretty good technique. Now I've got the strength and reach, and on the serve that has helped tremendously." Henman was ranked 774th in the world at the beginning of 1993, but by July he had come close to the top 600. In July, Henman received a wildcard to participate in the ATP Challenger tournament in Bristol, England. In the first round, he defeated Colombian Miguel Tobon, ranked 257th, in straight sets, 6–0, 6–3. In the second round he met the Frenchmen Eric Winogradsky and defeated him also in straight sets, 7–6, 6–3. Henman was defeated in the quarter-final by British player Chris Bailey, 6–2, 6–1. By November Henman's rank had increased to 415th. Henman's next tournament was the Volkswagen National Championships in Telford, England; he reached the quarter-final but lost to top-ranked British male player Jeremy Bates, 7–5, 7–6. As 1993 drew to a close, Henman played one last tournament in Israel, which he won.

He started the 1994 season with the four-legged Indian satellite circuit; there he won eighteen singles matches in a row. Henman was fairly successful at the British Satellite Masters in Croydon, and by the end of the tournament he was ranked 222nd in the world. Encouraged by his success in the satellite circuit, Henman tried his luck at the ATP tour. Henman travelled to the Far East with Bates, and qualified for his first ATP tournament in April, at the Japan Tennis Championship. In his first round he defeated Kelly Jones, 6–2, 6–3, in the second round he defeated Darren Cahill, 6–2, 7–5 and in the third round Henman was defeated by Pete Sampras, 6–1, 6–2. From this performance Henman increased his ranking to 184th. His success in the Japan Open was followed by a failure to qualify at the Hong Kong Open. Because of this failure, he ended the Far East tour by entering a number of satellite tournaments. Henman entered the Nagoya Open, and defeated eighth seed Eyal Ran in the first round, but lost in the second round to Gouichi Motomura. At the Manila Open, another satellite tournament, Henman reached the final but was defeated by fifth seed Michael Tebbutt, 2–6, 2–6. Henman announced at a press conference on 23 August 2007 that he would retire from tennis after playing in the US Open and Britain's Davis Cup tie against Croatia in September 2007.

Henman defeated his rival Dmitry Tursunov (who had won five of their six previous matches ) in the first round of the US Open, 6–4, 3–6, 6–3, 6–4, in what many had assumed would be his final Grand Slam match. He did in fact compete in his final Grand Slam match on 31 August 2007 and was defeated by Jo-Wilfried Tsonga, 6-7(2-7), 6-2, 5-7, 4-6 in the second round. Henman seemed slugglish compared to his first-round match and threw away serving for the first set. Henman played his final match in the Davis Cup tie against Croatia on 22 September 2007. The doubles match with Jamie Murray was played on Court 1 at Wimbledon which they won, 4–6, 6–4, 7–6, 7–5.

The match put Great Britain in an unassailable 3–0 lead and back in the World Group, with the doubles win being added to singles wins the previous day from Henman and Andy Murray. After the match Henman told Sue Barker in an interview on BBC Television and in front of the Court 1 crowd, "It's occasions like this and fans like this that I will miss so much". 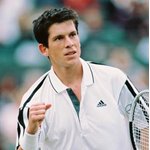 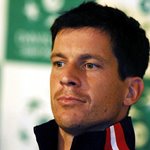 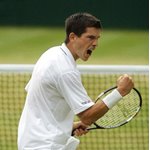 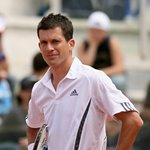 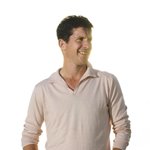 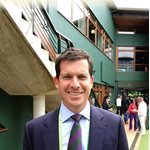 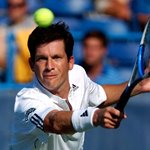 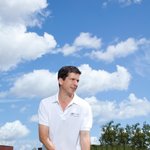