After starring as Dorothy in a high school production of "The Wizard of Oz,” Tammy Blanchard appeared in beauty pageants, lots of commercials and worked as a model before landing her first professional acting role on CBS' longest-running soap opera "Guiding Light." She stayed on the show from 1997 to 2000, playing the regular role of as Drew Jacobs, Ben Warren's (played by Hunt Block) long-lost, troubled teen daughter.

When her contract with "Guiding Light" ended, Blanchard portrayed the younger version of one of the greatest singing stars of Hollywood's Golden Era of musical film, Judy Garland (Judy Davis portrayed the older Garland), in the ABC docudrama "Life with Judy Garland: Me and My Shadows" (2001). Blanchard’s brilliant performance won her an Emmy award for Outstanding Supporting Actress in a Miniseries or a Movie. She was also nominated for a Golden Globe Award for Best Performance by an Actress in a Supporting Role in a Series, Miniseries or Motion Picture Made for Television.

With an Emmy under her belt, Blanchard moved to the big screen and made her feature acting debut as Jason Lee's niece in director Bruce McCulloch's crime comedy Stealing Harvard (2002). The film also starred Tom Green, Leslie Mann and Megan Mullally, who played her on-screen mother. That same year, she co-starred opposite Beau Bridges and Blythe Danner, playing their daughter Marianne, in the Emmy-nominated television movie We Were the Mulvaneys, based on the 1996 novel by Joyce Carol Oates. She was also spotted as a guest in an episode of NBC's police procedural drama series "Law & Order: Criminal Intent."

The next year, Blanchard received critical acclaim when she made her Broadway debut in a revival of "Gypsy: A Musical Fable," opposite Bernadette Peters. Her stunning performance as the famous actress and burlesque entertainer Gypsy Rose Lee later earned her a Tony Award nomination for Best Actress (Featured Role - Musical) and won her a Theatre World Award. Afterward, she returned to the small screen to costar with Peter Falk, playing a charming assistant manager named Sally, in the Christmas-time TV movie When Angels Come to Town (2004).

2006 saw the premiere of Blanchard’s film, Bella, at that year’s Toronto International Film Festival where it won a People's Choice Award. In the drama film, the feature directorial debut of Mexican film director Alejandro Gomez Monteverde, Blanchard took the lead opposite Mexican actor Eduardo Verastegui, playing Nina, a young, single waitress at a Mexican restaurant who finds herself pregnant and jobless.

That same year, she was also cast in Robert De Niro's long-anticipated drama/thriller project, The Good Shepherd, opposite Matt Damon and Angelina Jolie. In the Oscar-nominated film about the tumultuous early history of the Central Intelligence Agency (CIA), Blanchard played the supporting role of Laura, a deaf student who becomes the first love of Damon's character.

Next, TV viewers will catch Blanchard playing the title role of a shy, young graduate student suffering from multiple personality disorder as a result of her abusive childhood in a CBS remake of the 1976 made-for-television miniseries Sybil, which is also based on the book by Flora Rheta Schreiber. Jessica Lange will also star as her psychiatrist, Dr. Cornelia B. Wilbur.

Blanchard is currently on set and will soon wrap her upcoming film, The Ramen Girl, a drama comedy by Robert Allan Ackerman in which she will co-star opposite Brittany Murphy. 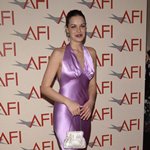 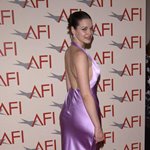 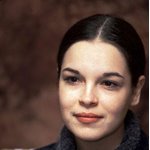 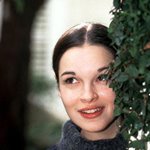 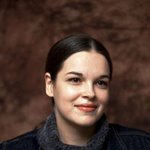 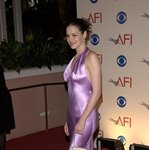 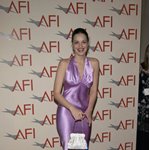 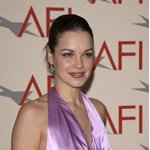