Steven Jackson is an American football running back for the St. Louis Rams of the National Football League (NFL). He was drafted by the Rams 24th overall in the 2004 NFL Draft. He played college football at Oregon State University. Jackson holds the Rams franchise record for rushing yards. Jackson was drafted 24th overall in the 2004 NFL Draft by the St. Louis Rams.

The Rams swapped picks with the Denver Broncos and Cincinnati Bengals to get Jackson. Denver traded Deltha O'Neal to Cincinnati for their first round pick. Then, St. Louis traded up to Cincinnati's selection to grab Jackson while the Bengals chose Chris Perry to replace the departed Corey Dillon, who was traded to the New England Patriots. On July 30, 2004, Jackson signed a 5-year, $7 million deal with the Rams, which included a $2.05 million signing bonus. In his 2004 rookie season, he was a backup under Marshall Faulk. Despite the limited playing time, he rushed 134 times for 673 rushing yards and 4 touchdowns, and had 19 receptions for 189 yards. With Faulk aging, Jackson was named the Rams' starting running back for the 2005 season. Jackson had 1,046 rushing yards and 8 touchdowns on 254 attempts, and caught 43 passes for 320 yards and 2 touchdowns. After the dismissal of head coach Mike Martz, 2006 became Jackson's breakout season. With Scott Linehan as the new head coach, the Rams had a more balanced offensive attack. Jackson ran 346 times for 1,528 yards and 13 touchdowns and led all running backs when he caught 90 passes for 806 yards, and adding 3 touchdowns. He also led the NFL in total yards from scrimmage with 2,334. For his efforts, Jackson was named to his first Pro Bowl and received one vote for the 2006 NFL Offensive Player of the Year award.

He was also named the Rams MVP of 2006. On December 16th, 2012, against the Minnesota Vikings, Jackson became the 27th running back in NFL history to rush for over 10,000 yards. On December 30th, 2012, at the Seattle Seahawks, he became only the 6th running back in league history to compile 8 consecutive 1000-yard rushing seasons. Jackson ended the 2012 season with 1,042 yards rushing and 4 Touchdowns, helping St. Louis to a 7-8-1 record. During the 2012 season, the Rams allowed Jackson to void the final year of his six-year contract signed in 2007, even though he had not met the requirements to do so, making him a free agent following the end of the season. 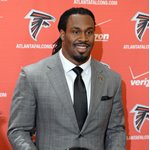 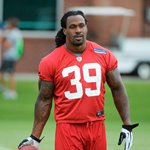 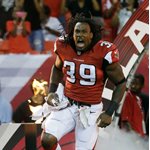 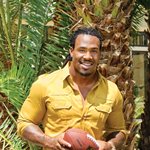 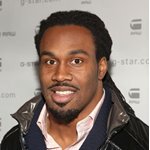 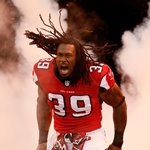 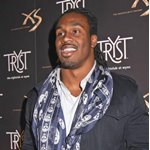