Shanna Moakler, at the age of 17, represented Rhode Island in the Miss Teen USA pageant in 1992. She placed third in the preliminaries, sixth in the interview segment, and fifth in the swimsuit competition (scoring 9.115, 9.279 and 9.087 respectively).Moakler made it to the semi-finals and finished seventh overall.

In 1995, Moakler was named Miss New York USA and represented New York in the Miss USA pageant, held that year in South Padre Island, Texas.Moakler finished second (to Miss Texas USA) in the preliminaries and in each of the interview and swimsuit divisions, with scores of 9.06, 9.62 and 9.61 respectively, and first in the evening gown competition, with a score of 9.86.Overall, Moakler was the first runner-up in the Miss USA Pageant.In May of 1995, at the age of 20, Moakler received the 1995 Miss USA crown when the winner, Chelsi Smith, became Miss Universe.

Moakler enjoyed some aspects of her reign as Miss USA, such as celebrity pool tournaments. However, she has complained that the experience required her to "sign autographs at places like Bob’s Home Furnishing Rentals."She was also forced to live with a pageant chaperone, who made sure she dressed and acted appropriately. 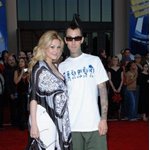 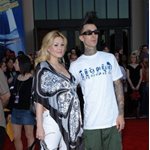 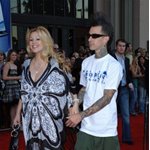 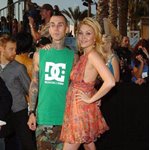 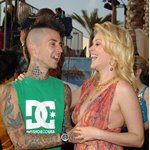