Melissa Archer created the role of "One Life to Live's" Natalie Balsom in July 2001. It didn't take long for Natalie to shake up one of Llanview's most prominent families when she revealed that she, not Jessica (Erin Torpey), was Viki's (Erika Slezak) daughter, and from that day on she became Natalie Buchanan.

Miss Archer was born and raised in Dallas, TX, and after high school followed her acting dreams to Los Angeles to begin auditioning. She soon landed a guest starring role on "Wishbone," her first major acting job before "One Life to Live."

Miss Archer is a former dancer and in her free time enjoys karaoke and the challenge of logic puzzles. She relocated to New York for her "One Life to Live" role. 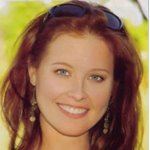