Used to singing for family and friends and performing in an after school program during his early years, 12-year-old Marc Anthony got his first start as a background singer after being discovered by producer David Harris. He went on to sing backup for artists like the Ricky Martin-era Menudo, the Latin Rascal, and Safire. He also began displaying his song writing crafts by panning the Top 40 dance hit “Boy, I’ve Been Told” for Safire.

At age 20, Anthony tried his hand in acting and landed a supporting part in the 1988 musical comedy East Side Story. His film career did not deter him away from music. This was proved by the release of his first album, When the Night Is Over, two years after his acting debut. Working with producer and disc jockey Little Louie Vega, his Latin hip-hop-style album scored a No. 1 dance hit titled “Ride on the Rhythm,” collaboration tracks with Tito Puente and Eddie Palmieri. The success opened up the door to further enter the musical industry and an offer arrived to be the opening act on a show celebrating Puente's 100th album release at Madison Square Garden arrived in November 1991.

Inspired by Juan Gabriel’s “Hasta Que Te Conoci,” Anthony was back in the studio in 1993 to record this track as his first Spanish-language single on his second album, “Otra Notra.” Produced and arranged by Sergio George, the album displayed a better depiction of Anthony's salsa roots. A scorching performance at the Radio Y Musica Latin music convention, combined with an appearance on the international TV program “Carnival Internacional,” led to bookings around the world. Additionally, a duet song with singer La India, “Vivir Lo Nuestro,” became a hit and brought the singer his first taste of mainstream success. In 1994, his brilliant work in the album handed him a Billboard Latin Music for Best New Artist of the Year and a Diplo (Puerto Rico). Anthony was then launched as one of the hottest new stars in salsa after his booming tours throughout the Americas as the opening slot for the Blades.

The same year Anthony worked in the recording studio on his sophomore album, he was also seen acting as a performer in director Brian De Palma's acclaimed 1993 crime drama Carlito's Way. He was next featured as a Marine Guard in the drama Natural Causes (1994, starring Janis Paige and Ken Wisan) and landed the small part of Agent Ray in director Iain Softley’s Hackers (1995). The thriller film starred Angelina Jolie, Jonny Lee Miller and Jesse Bradford.

Balancing his film and music career, Anthony launched his Grammy-nominated album titled Todo A Su Tiempo in 1995. Also in 1995, he netted a second Billboard for Song of the Year for his bright effort on “Te Conozco Bien.” In the following year, Anthony appeared on two films. First his first major role arrived with Stanley Tucci's Big Night. Portraying restaurant's busboy Cristiano, Anthony shared top billing with Tony Shalhoub and Stanley Tucci. He was then cast in the small role of a high school gang banger in the Robert Mandel-helmed film The Substitute (1996).

In 1997, Anthony continued to pursue his singing career by teaming up with producer/arranger Angel “Cucco” Peña to produce Contra la Corriente. To promote this album, Anthony embarked on a solo-concert at NYC’s Madison Square Garden. Anthony gained even more recognition when he nabbed a first Grammy for Best Tropical Latin Performance in 1999.

On the other hand, Marc made a wrong decision by accepting the offer to star as the title character in Paul Simon's Broadway musical “The Capeman” (1997-1998), a production based on a real life 1950s NYC murder case. The play was considered a bomb and closed after 68 regular performances.

Bouncing back from that disappointment, Anthony worked with Aussie singer Tina Arena to record the love theme song for the motion picture The Mark of Zorro, “I Want to Spend my Lifetime Loving You.” Their bravura collaboration garnered a 1999 ALMA for: Outstanding Performance of a Song for a Feature Film. He scored another success with the release of an English-language debut, Marc Anthony, in 1999. Working with leading producers like Walter Afanasieff and Rodney Jerkins, the self-titled album spawned the monster hit “I Need to Know',” which reached the US Top 5. Moreover, the song won Anthony a Latin Grammy for Song of The Year, as well as countless nominations at the Latin Grammys, including Record Of The Year for “I Need To Know,” Best Male Pop Performance By a Duo or Group With Vocals for “No Me Ames” (duet with Jennifer Lopez), Best Tropical Song for “Da La Vuelta” and Best Music Video for the “No Me Ames” video. By May 15, 2000, Marc Anthony received double platinum certification and then went triple platinum.

Vanishing from film for three years, Anthony made his return to the big screen in 1999. After starring alongside Lucecita Benítez and Elvis Crespo in the Spanish-language musical film Con la música por dentro (1999), the actor gave an impressive portrayal of itinerant Noel, who stays alive after being shot in the head, in Martin Scorsese's Bringing Out the Dead (1999). In 2000, Anthony was seen as college professor Lio in the television movie In the Time of the Butterflies (2001).

Meanwhile, his musical career was still going strong with such albums as Libre (2001) and Mended (2002). In 2001, he was honored with an ASCAP for Most Performed Songs from Motion Pictures for the 1999 Runaway Bride, “You Sang To Me.” The following year, he took home an ALMA for Outstanding Performance in a Musical, Variety or Comedy Special for Christmas in Rockefeller Center (2001).

After a costarring role opposite Denzel Washington and Dakota Fanning in Tony Scott’s action Man of Fire (2004), the Latino singer is set to star with his actress wife, Jennifer Lopez, in the forthcoming movie Who Killed Hector Lavoe? In writer/director Leon Ichaso’s drama, Anthony will play the title character of Hector Lavoe, who brought salsa music to the US in 1975, while Lopez will portray his onscreen wife. 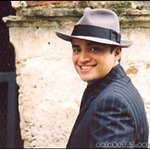