In 1988 Lisa Whelchel made the major decision to put her acting career on hold and trade it for life as a pastor's wife and full-time mom. Author of her first book titled Creative Correction (Tyndale House Publishers and Focus on the Family), Whelchel passes on the creative tips she has learned as she has disciplined and trained her own children.

"My purpose in writing Creative Correction is to give parents hope, not a guilt complex," Whelchel says. "Whether a parent is facing a fork in the road, a dead end, or are completely lost, I encourage them not to give up. I want to come alongside overwhelmed parents and remind them of what they already know to be true, but, in the confusion of a ‘superhighway' lifestyle, lost sight of along the way.

Whelchel has joined 700,000 others as home-schooling parents, and she teaches her tree children at home. They have a Bible study every morning, and then she teaches them history, science, math and reading. "I don't think I will ever take for granted the privilege of being my children's mother and the opportunity to stay home with them," she says.

"I consider staying at home a luxury because I understand it is an option many families aren't able to afford. I've also walked with the Lord long enough to have learned that what is right for one family may not be what's best for another. Therefore, you won't find me making judgments about working mothers. Who knows-I may be called back to work someday, too"

Whelchel was born on May 29 in Littlefield, Texas to Jimmy and Jenny Whelchel. Her mom started taking her to acting classes when she was seven to break her out of her shell, because she was so shy. The classes paid off, and when she was 13, she debuted as a Mouseketeer on "The New Mickey Mouse Club."

Her acting career quickly took off as she starred as Blair Warner on NBC's "The Facts of Life" for nine years. She has been a guest star on a number of television series and acted in several films including features "When the Red Fern Grows, Part Two" and "The Double McGuffin." She has also starred in telefilms such as "The Facts of Life Goes to Paris," "Skyward," "Twirl," "No Man's Land," and "The Facts of Life Down Under."

Whelchel is also an accomplished musician. Her vocal and music writing talents have been acknowledged with her critically acclaimed debut solo album "All Because of You" for which she received a Grammy nomination as "Best Inspirational Album." She also recently performed the title role in "Peter Pan" at Kansas City's Starlight Theater.

Whelchel is married to Steven and they have three young children, Tucker, Haven and Clancy. Steven is an associate pastor with Church on the Way in Van Nuys, California, and they reside in Southern California. 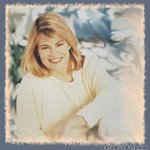 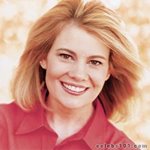