John David Booty was born om January 3, 1985, in Shreveport, Louisiana, U.S. John David Booty is an American football quarterback for the Minnesota Vikings of the National Football League. Previously, was the starting quarterback of the University of Southern California (USC) football team for the 2006 and 2007 seasons. He is called "John David", and sometimes referred to as J.D., because his father's name is John.

John David Booty, believed to be the first prep football player to graduate a full year early from high school and enroll at a major Division I-A university, enters 2006 spring practice as the top candidate to start at quarterback as a junior in 2006.

John David Booty was set to be the No. 2 quarterback as a sophomore in 2004. But he suffered a badly bruised right (throwing) elbow in 2004 fall practice, which limited his participation, so he redshirted.

As just a first-year freshman in 2003, John David Booty emerged as USC's No. 2 quarterback by mid-season. Overall in 2003 while seeing limited backup action in 5 games (Stanford, Notre Dame, Wahsington, Arizona and UCLA), he completed 7-of-14 passes (50.0%) for 90 yards. He broke his left wrist against UCLA, which sidelined him for USC's last 2 games of 2003. He was 1-of-4 for 13 yards against Stanford in his first action as a Trojan, then hit his only pass attempt (a 5-yarder) at Notre Dame, was 3-of-6 for 63 yards at Arizona and 2-of-3 for 9 yards against UCLA.

As a junior quarterback in 2002 at Evangel Christian Academy in Shreveport (La..), John David Booty led his team to the Class 5A state title while throwing for 4,144 yards and 38 touchdowns while earning Student Sports Underclass All-American and Class 5A All-State honors. He also led Evangel Christian to the Class 5A state title as a 2001 sophomore, passing for 4,330 yards and 50 TDs while being named a Student Sports Underclass All-American and Class 5A All-State. As a 2000 freshman, he completed 9-of-11 passes. In his career, he threw for 8,474 yards on 555-of-864 passing (64.2%) with 88 touchdowns and 26 interceptions. Because Louisiana rules allow junior high students to compete on high school teams if the school is a kindergarten-through-12th grade school, he actually played some varsity football for Evangel Christian since the seventh grade. 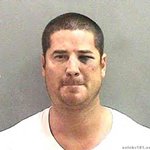