Jackson Browne has written and performed some of the most literate and moving songs in popular music and has defined a genre of songwriting charged with honesty, emotion and personal politics. He's been honored with inductions into the Rock and Roll Hall of Fame (2004) and the Songwriter's Hall of Fame (2007). At the latter ceremony, Jackson performed his song "Lives In The Balance," which SHOF notes is, "a fitting example of how his social and political activism has influenced much of his work."

Browne's most recent album is 2008's Jackson Browne Solo Acoustic Vol. 2, featuring twelve career-spanning songs recorded at recent concerts in the U.S., the U.K. and Australia; Like it's predecessor, Vol. 1, Jackson performs alternatively on guitar and piano. One cut, "Something Fine," reaches back to his landmark 1972 self-titled debut album, about which Rolling Stone wrote in its original review, "Jackson Browne's sensibility is romantic in the best sense of the term: his songs are capable of generating a highly charged, compelling atmosphere throughout, and - just as important - of sustaining that pitch in the listener's mind long after they've ended."

That feeling radiates through Jackson Browne Solo Acoustic Vol. 2, which also captures lively exchanges between Jackson and his audiences. Other highlights include "Redneck Friend" from his second album, For Everyman, and four songs from Browne's most recent studio album, 2002's The Naked Ride Home: "Never Stop," "The Night Inside Me," "My Stunning Mystery Companion" and "Casino Nation" (for which Browne recently produced a video). Also featured are "In The Shape Of A Heart," from 1987's Lives In The Balance, "Sky Blue And Black" from 1993's I'm Alive, "Alive In The World" from '96's Looking East and the 1982 Top 10 hit "Somebody's Baby," originally featured on the Fast Times At Ridgemont High soundtrack.

The album follows up 2005's critically acclaimed and GRAMMY®-nominated Jackson Browne - Solo Acoustic, Vol. 1, which featured the recording debut of "The Birds Of St. Marks," a previously unrecorded song dating back to the '60s. Other recent Browne recordings include his version of John Lennon's "Oh My Love," heard on the 2007 compilation Instant Karma - The Amnesty International Campaign To Save Darfur.

Tracing the roots of Browne's career leads back to the mid-'60s and Los Angeles/Orange County folk clubs. Born in Germany to American parents, Jackson's family returned to Los Angeles when he was three, and, except for a brief period in NYC in the late 1960s, he has always lived in Southern California.

His integral presence in the coffeehouse scene there ultimately led to his celebrated 1972 debut album on David Geffen's Asylum Records, Jackson Browne. The now-classic LP introduced ten original songs, including "Rock Me On The Water," and "Jamaica Say You Will," featuring David Crosby on harmony vocals. Crosby and Graham Nash sang on "Doctor My Eyes," the album's first single, which became a #8 hit on Billboard's pop singles chart.

Browne's 1973 follow-up, For Everyman, included "These Days" and also "Take It Easy," co-written with Glenn Frey, which had been The Eagles' debut single and breakthrough hit the year before. 1974's Late For The Sky�cited by Rolling Stone that year as one of the '100 Best Albums,' and again in 1997 as one of the "200 Essential Rock Collection Albums," and in 2003 as one of the '500 Greatest Albums Of All Time'�was Jackson's confessional masterpiece of lyrical introspection. The Pretender, following two years later, was a breakthrough album�Jackson's first to chart in the Billboard Top 10, peaking at #5. On the heels of that success came what stands as Jackson's top-selling album, 1977's 7X platinum, life-on-the-road concept opus, Running On Empty.

Browne's next project was the all-star series of concerts organized by Bonnie Raitt, Graham Nash, John Hall and Jackson in 1979 to benefit MUSE (Musicians United for Safe Energy). In addition to serving on the board of MUSE, Jackson helped edit and compile 1980's 3-LP live album from those shows. No Nukes/The MUSE Concerts for a Non-Nuclear Future featured a line-up including Bruce Springsteen, The Doobie Brothers, Carly Simon, James Taylor, Ry Cooder, Chaka Khan, Peter Tosh, and Tom Petty, among others. The album, which includes Jackson's "Before The Deluge," climbed to #23 on Billboard's pop chart. Currently, Browne, Raitt and Nash are mobilizing behind Nukefree.org, opposing federal bail-out of the nuclear industry.

Jackson's studio work continued with 1980's Hold Out, a #1 album, featuring the hits "Boulevard" and "That Girl Could Sing." In 1982, Browne scored a #7 hit with the single "Somebody's Baby," from the soundtrack for Fast Times at Ridgemont High. 1983's Lawyers In Love also spawned several popular singles, including "Tender Is The Night" and "For A Rocker."

In 1986, Jackson continued to develop his social focus with Lives In The Balance. This topical disc was included in Rolling Stone's 1986 'Best 100 Albums,' and again in their 1990 special issue of '100 Greatest Albums of the 1980s.' 1989's World In Motion was a call to action even more explicitly political than its predecessor. Music journalist David Fricke defined the set as, "one of universal truths bound together by a highly personal focus."

I'm Alive evidenced a striking return to the personal and romantic subject matter that characterized Jackson's earlier work. Released in 1993, and widely considered a career highlight, the disc found Jackson revisiting matters of the heart and soul on tracks including "My Problem Is You" and "Sky Blue and Black." On 1996's Looking East, he addresses various aspects of personal growth and social struggle, and their interconnectedness in the world around him.

2002 marked the release of The Naked Ride Home, Jackson's first suite of all new songs since Looking East, and one of the most eclectic of his career, exploring the human condition with a grace and insight that he has made his trademarks. When it came out, MOJO wrote, "For those who still think it's possible that love might be the answer to at least some of our problems�this could be the album of the year."

As influential and enduring as his music is Browne's legacy as an advocate for social and environmental justice. In 2007, he received the Chapin-World Hunger Year Harry Chapin Humanitarian Award. In 2004, Jackson was named an honorary Doctorate of Music by Occidental College in Los Angeles, for "a remarkable musical career that has successfully combined an intensely personal artistry with a broader vision of social justice." In 2002, he was the fourth recipient of the John Steinbeck Award, given to artists whose works exemplify the environmental and social values that were essential to the great California-born author. 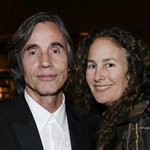 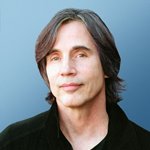 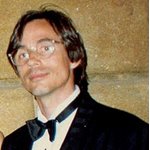