Jack Nicholson was born at the then Fitkin Hospital in Neptune, New Jersey, the son of a showgirl, June Frances Nicholson (stage name June Nilson). June had married Italian American showman Donald Furcillo (stage name Donald Rose) six months earlier in Elkton, Maryland, on October 16, 1936.Elkton was a town known for its "quickie" marriages. Furcillo however, was already married, and, although he offered to take care of the child, June's mother Ethel insisted that she bring up the baby, partly so that June could pursue her dancing career. Although Donald Furcillo claimed to be Nicholson's father and to have committed bigamy by marrying June, biographer Patrick McGilligan, who wrote Jack's Life (published in December 1995) asserted that Latvian-born Eddie King (originally Edgar A. Kirschfeld),June's manager, may be the father and other sources have suggested that June Nicholson was unsure of who the father was. Nicholson has chosen not to have a DNA test or to pursue the matter.

Nicholson was brought up believing that his grandparents, John J. Nicholson (a department store window dresser in Asbury Park, New Jersey) and Ethel May Rhoads (a hairdresser, beautician and amateur artist in Neptune, New Jersey), were his parents. Nicholson only discovered that his parents were actually his grandparents and his sister was in fact his mother in 1974 after being informed by a Time Magazine journalist who was doing a feature on him.By this time, both his mother and grandmother had died (in 1963 and 1970, respectively). Nicholson has stated he does not know who his father is, saying "Only Ethel and June knew and they never told anybody".

Nicholson was raised in his mother's Catholic religion.Nick, as he was known to his high school friends, attended high school at nearby Manasquan High School where he was voted "class clown" by the Class of 1954. A theatre and a drama award at the school are named in his honor. In 2004, Nicholson attended his 50 year high school reunion, much to the surprise and delight of his fellow classmates. 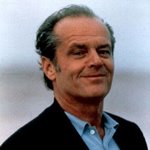 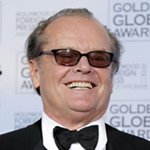 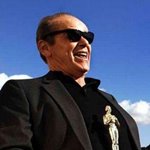 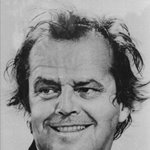 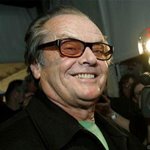 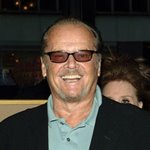