England-born, America-raised Ione Skye started modeling when she was 2. Her modeling photographs caught the eye of director Tim Hunter, who cast her in his drama River’s Edge (1986), opposite Crispin Glover and Keanu Reeves. Her fine acting brought the teenaged Skye a Young Artist nomination for Best Young Actress in a Motion Picture-Drama. Following the auspicious debut, she was seen in many film and television productions.

Skye made her miniseries debut with a part as the Emperor’s younger sister, Pauline, in ABC’s “Napoleon and Josephine: A Love Story” (1987). She returned to the big screen as the blemished affluent girl Denise in A Night in the Life of Jimmy Reardon (1988), starring River Phoenix in the title role, before delivering one of her best leading performances to date, high school heartthrob Diane Court in Cameron Crowe’s bittersweet romantic comedy Say Anything (1989), opposite John Cusack. The same year, she costarred with Dexter Fletcher in the comedy The Rachel Papers.

After significant roles in the drama Mindwalk (1990, starred Sam Waterston), the based-on-play TV film It’s Called the Sugar Plum (1991) and an appearance as Rob Lowe’s girlfriend in the Mike Myers-Dana Carbvey comedy Wayne’s World (1992), she offered a bright costarring turn as the impolite older daughter in the Allison Anders-directed Gas Food Lodging (1992), which also co-starred her brother, actor-producer Donovan Leitch, and had her first regular role in the ABC short-lived medieval adventure “Covington Cross” (1992), as Eleanor Grey. She continued to take on roles in many movies, including Guncrazy (1992, starred Drew Barrymore), Cityscrapes: Los Angeles (1994), Girls in Prison (1994, TV, with Anne Heche), Allison Anders’s segment of Four Rooms (1995), the romantic-comedy Dream for an Insomniac (1996, played an aspiring actress), The Perfect Mother (1997, TV), One Night Stand (1997), the independent comedy drama Went to Coney Island on a Mission from God... Be Back by Five (1998, starred as the former girlfriend Gabby), Jump (1999), Mascara (1999) and the little-seen But I’m a Cheerleader (1999). Meanwhile, in 1996, Skye made her directorial debut co-directing the comedy short Bed, Bath and Beyond, with Andrew Durham and Sofia Coppola.

Entering the new millennium, Skye was cast as Nadia Wickham in the short film The Good Doctor (2000), opposite James Coburn, Catherine in the comedy Free (2001), Miss Highrise in the awful drama/music Southlander: Diary of a Desperate Musician (2001) and mama in the 13-minute short Chicken Night (2001). After a guest spot in the UPN series “Twilight Zone” (2002), as Melina Kroner, she supported Marisa Coughlan and Samuel Ball in the comedy Dry Cycle (2003), was seen opposite Maria Conchita Alonso in the drama Return to Babylon (2004) and played the daughter of Blythe Danner in the made-for-TV film Back When We Were Grownups (2004). In 2005, the actress was featured as one of Drew Barrymore’s best friends in the comedy Fever Pitch, which was directed by Bobby and Peter Farrelly. She also appeared as Mrs. Veal in an episode of the television series “Arrested Development” (2005).

The dark-haired performer appeared in the comedy The Lather Effect (2006), as Zooey, and starred as Megan Saunders in the made-for-TV film 12 Hours to Live (2006). More recently, she had an unaccredited part in the David Fincher thriller Zodiac (2007). The movie starred Jake Gyllenhaal as Robert Graysmith, Mark Ruffalo as Inspector David Toschi, Anthony Edwards as Inspector William Armstrong and Robert Downey Jr. as Paul Avery. 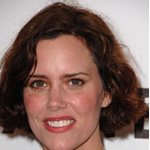 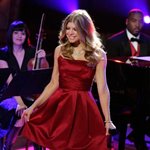 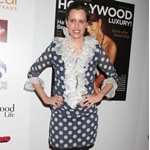 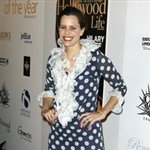 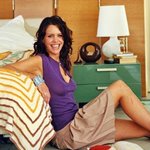 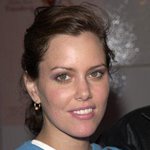 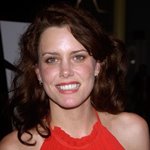