Georgia Mackenzie is an English actress born in Abergavenny, South Wales. Mackenzie's notable screen credits include Sarah Beckenham in the BBC's BAFTA nominated series Outlaws, Jackie Haggar in ITV's Hot Money (since remade in Hollywood as Mad Money), and Sally opposite Kris Marshall in the rom-com Catwalk Dogs. She also played the role of Nurse Judy in the 2002 comedy series TLC.

On the big screen she has been seen as Teri in Franklyn (2008), as Paola Fonseca in Possession (2002), as Jane Graham opposite Timothy Hutton in The Kovak Box (2007) and more recently as TV chef Kathy King in Steel Trap (2009). Most recently, Georgia completed a well- received turn as LEA chief Jennifer Headley in BBC1's hit show Waterloo Road. She is an expert marksman, an accomplished tennis player and speaks 4 languages. Her father Colin Mackenzie, a journalist, is the man who famously tracked down Great Train Robber Ronnie Biggs in Rio. Her grandmother is writer and producer Hazel Adair, who created amongst others TV hits Compact and Crossroads.She met her husband, actor Richard Coyle, when they were filming Up Rising together in 1999. They married in 2004. They have one child, Purdy, who was born in mid-2008. 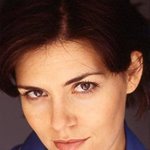