In early 2006, Atkinson underwent breast enlargement surgery, which took her chest to a 36F.[1] She said in an interview that she lost weight due to a fitness regime but her bust slowly declined. She had the surgery "to give them the original shape they once were."[2] She is also a UK dress size 10,[citation needed] which means her waist is in the region of 27 inches.

Since launching her parallel career as a glamour model, Atkinson has appeared in provocative photoshoots in lingerie and swimwear, including non-nude topless shots, for men's magazines such as Arena, FHM, Loaded, Maxim, Zoo Weekly and Nuts. In October 2006 she appeared in three of the aforementioned magazines in one month, becoming one of the most prolific celebrity glamor models in the UK until the next one. In November 2006, it was announced by Zoo Weekly that Atkinson had agreed to lend her name to their regular "sex and relationships column".

In May 2007, Atkinson was announced as the "glamourous new face" of the British Grand Prix and the official "mascot" of the "hi-octane" championship at Silverstone on July 8.

She has most recently been seen as the new face of the Lingerie chain La Senza and as a model for Ann Summers chain of sex shops. 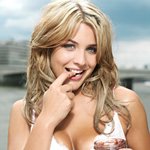 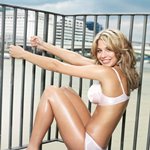 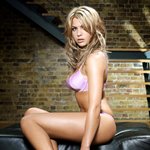 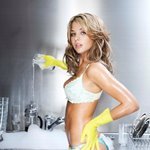 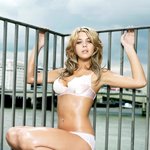 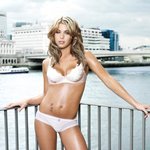 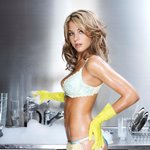 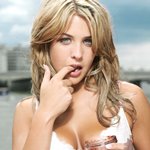 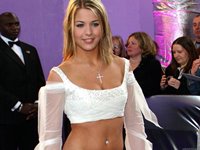 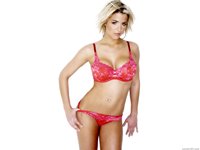 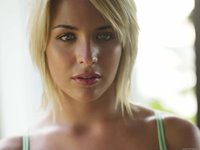 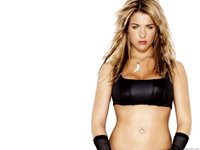 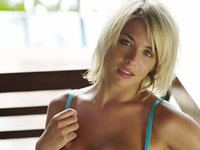 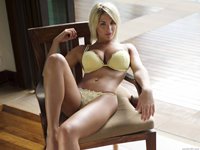 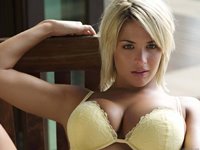 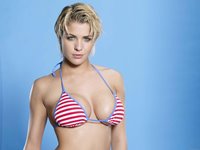 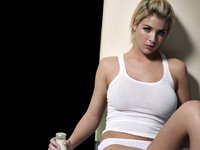