Son of a world champion billiard player, Drake Bell was raised in a family that already familiar to the limelight. He made his professional acting debut at the age of five in a commercial for Whirlpool appliances and continued to appear in television series like “Home Improvement” (1994) and in features such as Terence Davies’ The Neon Bible (1995). His first break arrived at age 13 when he appeared in the successful movie Jerry Maguire, as Jess Remo, the kid who expresses his disapproval with Tom Cruise by giving the finger.

More guest spots on TV shows followed, including in NBC’s “The Pretender” (1997), ABC’s “The Drew Carey Show” (1997) and NBC’s “Seinfeld” (1998). In 1999, Bell had his first starring role in the low-budget fantasy Dragonworld: The Legend Continues, written and directed by Ted Nicolaou, and was featured in Dill Scallion, screened at the Slamdance Film Festival. The same year, the young actor’s career gained a real impetus when he landed the role of John Cusack’s son, Cage Redding, in television film The Jack Bull. For his bright effort, Bell was nominated for the Young Artist Award for Best Performance in a TV Movie or Pilot in the Supporting Young Actor category. 2000 saw Bell reunite with John Cusack for the Stephen Frears comedy film High Fidelity, where he portrayed a younger version of Cusack.

After a supporting role in the made-for-TV film Chasing Destiny (2001), in which he costarred with Roger Daltrey, the renowned vocalist for The Who, Bell could be seen as a series regular on Nickelodeon’s “The Amanda Show” (2001) and making guest appearance in “The Nightmare Room” (2002), both with Amanda Bynes. However, it was not until 2004 that Bell eventually scored a massive hit when he reunited with Josh Peck, his co-star on “The Amanda Show,” to headline their own Nickelodeon series, “Drake and Josh,” a cheerful comedy show that displayed both Bell’s musical pursuits and Peck’s comic chops. “Drake and Josh” was a favorite among teen viewers and so was Bell. He was well on his way to gaining heartthrob status. The same year, he attained additional recognition with his role as rocker Fefe Dobson’s lover in her music video for the single “Don’t Go.”

In 2005, Bell made his return to feature films by taking on the role of Dylan North on the remake of Yours, Mine and Ours. As one of the 19 younger cast members on the film, he jointly earned a Young Artist nomination for Best Performance in a Feature Film in the “Young Ensemble Cast” category. On December 30, 2005, he was seriously injured in Santa Monica, California in a car accident that required surgery and much physical therapy. After making a full recovery he returned to work on his Nickelodeon series and, in 2006, won a Blimp at the Nickelodeon Kids’ Choice Awards for Best TV Show for “Drake & Josh.” The same year, he celebrated the airing of the TV movie Drake and Josh Go to Hollywood on Nickelodeon.

Bell and Peck is scheduled to reprise their roles for the forthcoming Drake & Josh in New York!, which for 2007 release.

Along with his acting chops, a longtime classic rock fan and budding guitarist, Bell also has main skill in the music department. On both “Drake & Josh” show and in real life, he plays imply guitar and sings his heart out. He composes the series’ theme song and all of the music he plays on the show. With his own band, The Drake Bell Band, originally called Drew 24/7, Bell performed in “All That” (2005), the popular Nickelodeon sketch comedy series, and started composing the music for the Nickelodeon series “Zoey 101” (2005-), starring former “All That” star Jamie Lynn Spears, that same year. Later that same year, on September 27, 2005, he released his debut album titled Telegraph. His follow-up, It’s Only Time, was released on December 5, 2006. 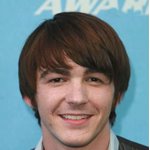 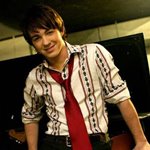 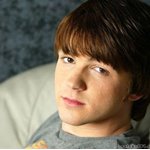