Danny Glover is the dean of African American character actors. Though he has never managed to break through into stardom as has character-lead Morgan Freeman, he remains one of the top character actors working in cinema, constantly in demand, after almost thirty years since making his movie debut in a bit part in the 1979 Clint Eastwood potboiler Escape from Alcatraz (1979). Glover also has established a reputation as an outspoken political progressive, appearing in such productions as the stage production of Howard Zinn's "Voices from A People's History of the United States" and lending his voice to the aspirations of black folk in Africa and the Americas.

Danny Glover was the son of postal workers. The young Danny likely imbibed his taste for political activism from his parents, both of whom were active members of the NAACP. The family moved to San Francisco, where Danny attended George Washington High School. While a teenager, Danny developed epilepsy, which he learned to control by a form of self-hypnosis. (The epileptic seizures stopped after the age of 35.)

While matriculating at SFSC, Glover was a member of the Black Students Union, a group that was instrumental in brining an ethnic studies department to the college by staging a five-month-long student strike. The establishment of the Ethnic Studies Department made SFSC the first American university which such an academic program. Glover has remained committed to progressive causes, and is not afraid, as an actor, to appear in film or stage in works that promote a progressive agenda.

After graduating from high school, Glover attended American University in Washington, D.C. before returning to the Bay Area to attend San Francisco State College (now University). It was at SFSC that he met the woman who was to become his wife, Asake Bomani. The couple were married in 1975, and Glover got a job as a San Francisco city government bureaucrat.

Glover enrolled in the Black Actors Workshop at San Francisco's American Conservatory Theater when he was in his late 20s. The Conservatory, one of the premier regional theaters in America, also launched Annette Benning and other actors. Glover received further training at Jean Shelton's Actors Lab in San Francisco. Glover eventually quit his government job and began a life in the theater, moving to Los Angeles.

Glover made his Broadway debut in 1982, playing Willie in Athol Fugard's play about South African apartheid "Master Harold...and the boys," for which he won a Theatre World Award. (Twenty-one years later, he returned to Broadway for the revival of the play, playing Sam.) By the mid-1980s, the 6'3" Glover established himself as a force to be reckoned with in the ranks of talented character actors, appearing in Places in the Heart (1984), Silverado (1985), Witness (1985) and The Color Purple (1985). "Witness", where he played a corrupt police detective, made Glover a marketable commodity in Hollywood, whereas "The Color Purple" established his bona fides as a talented actor. He had arrived.

Glover's on-screen persona is one of a ballsy man who is not to be trifled with. Of all the character actors who have plied their trade in the movies, he is arguably the most militant on-screen presence since the legendary James Cagney. Like Cagney, Glover has a chip on his shoulder, though he is more wary than challenging of those who would try to knock it off.

He won the first of his four Emmy nominations as an actor (he also has a Daytime Emy nomination as a director) for his portrayal of Nelson Mandela (1987) (TV). Arguably, he is best known for his role as Los Angeles police detective Roger Muztagh in the Lethal Weapon (1987) movie franchise, the last installment of which he was paid $7 million to reprise the role. He headlined the action-hit Predator 2 (1990), although such Schwarzeneggeresque drivel is beneath him, talent-wise.

In addition to his five Emmy nominations, Glover has won the NAACP Image Award five times. Although Glover, like Freeman, is fully capable of playing "color-blind" roles like Raymond Chandler's private eye Philip Marlowe (in the 1995 "Red Wind" episode of Showtime network's "Fallen Angels" (1993) series, for which he received an Emmy nomination), he is committed to articulating the African American experience on-screen and on-stage. In 1994, Glover helped create the Robey Theatre Company of Los Angeles, to bring the black experience to the stage. He has played the great African American abolitionist Frederick Douglass on-stage in Zinn's "Voices of A People's History of the United States," and will reprise the role in "The People Speak", the TV mini-series being made from Zinn's work.

The Venezuelan Congress has approved legislation that provides Glover with $20 million in financing to make two films, one about the great Latin American liberator Simon Bolivar one about Toussaint Louverture, the great rebel general who lead a successful uprising of slaves against France in the late 18th Century and who was only defeated by the chicanery of Napoleon Bonaparte. Congress is closely allied with Venezuelan President Hugo Chavez, who considers Glover a friend.

"The General in His Labyrinth," based on a novel by left-wing novelist Gabriel García Márquez, winner of the Nobel Prize for Literature, is slated to be directed by Venezuela-born director Alberto Arvelo. "Toussaint" will be directed by Glover himself.

Glover had been acquainted with Chavez for several years, even appearing on Chavez's TV and radio talk show "Hello, President." He is a member of the Advisory Council for the Caracas, Venezuela-based pan-Latin American television network TeleSUR ("Television of the South"), that was launched in 2005. Glover has been criticized by the American media for his friendship with Chavez, particularly after introducing the Venezuelan president at an event in which Chavez characterized President George W. Bush the devil. It likely is an opinion that Glover, a supporter of liberal Democrat John Edwards for the presidency, likely shares.

Widely respected both inside and outside the United States, both as an actor and as a humanitarian, Danny Glover has been an ambassador for the United Nations Development Program since 1998. Glover chairs the board of the TransAfrica Forum, a non-profit, non-governmental organization that is trying to elucidate the economic and political effects of American foreign policy on Africa and among the children of the African Diaspora in the Caribbean Basin and Latin America. 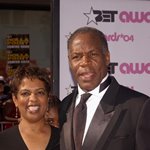 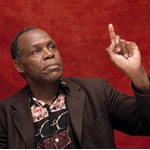 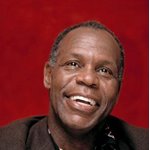 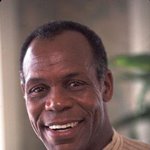 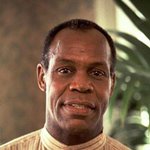