Ana Geislerová
Interview by Šárka Ullrichová, text by Merlot
Ana Geislerová's rise to national fame began at the early age of fourteen when she debuted in Filip Renc's Requiem for a Doll (1991). Since then, the country has followed her career closely, watching her metamorphose into the Czech Republic's most recognized celebrity on the small and silver screen. Her numerous acting credits include Academy Award winner Jan Sverak's Ride (1994) as well as the film adaptation of Michael Viewegh's internationally acclaimed novel Bringing up Girls in Bohemia (1997). Most recently, she starred in Zelary, a film dealing with human tragedy and identity during the Second World War. Not only a success domestically with a staggering 400,000 tickets sold, it also managed to garner a nomination for Best Foreign Language Film at this year's Academy Awards. Last month, at the Czech film awards, Ana Geislerova won a lion for her role in Zelary in the best actress category. 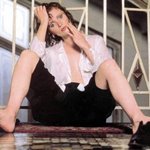 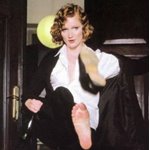 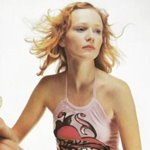