Alexander Ovechkin is a Russian professional ice hockey winger and captain of the Washington Capitals of the National Hockey League (NHL). Prior to playing in the NHL, Ovechkin played for HC Dynamo Moscow of the Russian Superleague for four seasons from 2001 until 2005, and he played for Dynamo again (this time in the Kontinental Hockey League) during the 2012–13 NHL lockouts. Ovechkin was the first overall selection in the 2004 NHL Entry Draft, drafted from Dynamo after 3 seasons with the club.

Since the 2004–05 NHL season was lost because of a lockout, Ovechkin remained with Dynamo for one more season before transferring to the NHL for the 2005–06 NHL season, in which he won the Calder Memorial Trophy as rookie of the year, scoring 52 goals and 54 assists to lead all rookies with 106 points. Ovechkin began playing in the Russian Superleague with Dynamo Moscow at the age of 16. Making his professional debut in the 2001–02 season, he scored four points in 21 games. He would spend three seasons there prior to being drafted by the NHL, and he would rack up 36 goals and 32 assists in 152 career games. The following off-season, Ovechkin was selected first overall in the 2004 NHL Entry Draft by the Washington Capitals. He had been projected as the first overall pick for nearly two years and had earned comparisons to Mario Lemieux. He was so highly regarded that the Florida Panthers attempted to draft him in the 2003 NHL Entry Draft in the 9th round, even though his birthday was two days after the cut-off (September 15, 1985). Rick Dudley, the general manager of the Panthers, claimed the pick was legitimate, claiming that Ovechkin was old enough with leap years taken into consideration.

With the threat of the lockout cancelling another NHL season, Ovechkin signed a contract with rival Russian team Avangard Omsk. In order to maintain his eligibility for the NHL in the event that the lockout ended, the contract contained an out clause with a July 20, 2005 deadline. Although a new NHL collective bargaining agreement (CBA) had not yet been reached between players and owners, Ovechkin decided to opt out and signed with the Capitals on August 5, 2005. The deal was a three-year, entry-level contract worth the rookie maximum of $984,200 per season with performance-based bonuses to inflate his annual salary to as much as $3.9 million. 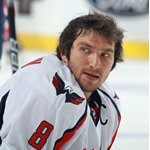 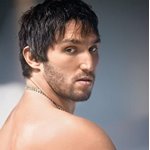 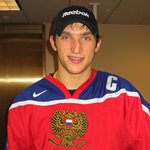 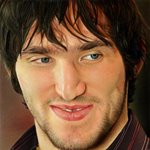 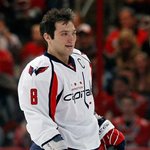 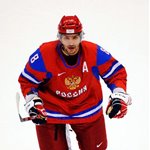 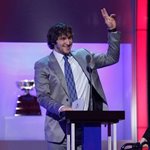 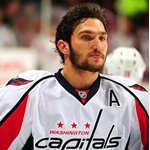