Brown-haired, green-eyed actor Wallace Langham has made a nice transition from the "kid next door" and menacing delinquent roles he used to play billed as Wally Ward. He showed the nicer side in his feature debut, John Hughes' "Weird Science (1985)", as well as in "The Invisible Kid (1988)" and the "Afterschool Special" entitled "Just a Regular Kid: An AIDS Story (1987)", but was equally effective as a young bigot in "Soul Man (1986)" and a hard-edged gang leader in the impressive low-budgeter "The Chocolate War (1988)". Langham dropped the Ward moniker in the 1990s as he moved to more adult roles, appearing as a regular in the much-hyped but short-lived series "WIOU (1990)". Although he almost opened a coffee shop in a moment of despair, his bad luck ended when he landed the part of Phil, the cynical head writer for insecure talk show host Garry Shandling, in the hit sitcom "The Larry Sanders Show (1992)".

Langham then took on TV's most prominent potentially gay role since Ellen in "Veronica's Closet (1997)", playing Kirstie Alley's uptight assistant Josh (who everyone assumes is homosexual but has not come out) while continuing as Phil. 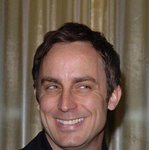 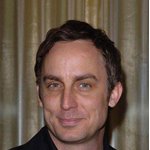