After emigrating to Australia, she worked as a television presenter (most notably on the ABC's The 7.30 Report) and also as a host of the children's program Play School. She was later chairperson of the Australian Government's National Community Advisory Group on Mental Health.

In 1998 after returning to England she became the host of a ITV flagship daytime chat show, Trisha, produced by Anglia Television.

In September, 2004 Goddard left ITV to join Five in a new programme title Trisha Goddard, which made its TV debut on 24 January 2005. Similar in style to her old show, focuses on relationships, families in crisis, and reunions. The show is produced by Town House Productions. In the early stages of the show, it was observed that repeats of her ITV show have continued to achieve higher ratings than her new programme on Five.

Goddard had always been willing to appear in comic satires of her television programmes. In 2003, a specially-shot clip of her show appeared in the ITV religious fantasy drama The Second Coming. In 2004, she filmed two short scenes for the romantic zombie comedy Shaun of the Dead. Both scenes were filmed on the set of Trisha. Her show was also featured on a Comic Relief episode of Little Britain where the character Vicky Pollard met up with her long-lost father. She appears very briefly in the 2006 Doctor Who episode "Army of Ghosts" in a parody episode of her own show entitled "I Married a Ghost". 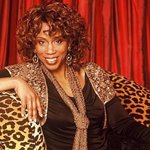 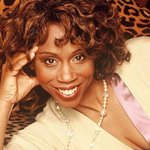 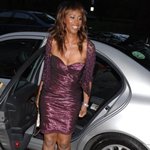 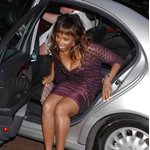 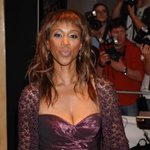