Born and raised in the Big Apple, Tracy Pollan made her acting debut on stage with Kevin Bacon in 1980's Off-Broadway production of Joan Micklin Silver's "Album." Not long afterward, she arrived on television in the failed pilot starring Andy Griffith, "For Lovers Only", and in ABC’s Emmy-winning afterschool specials The Great Love Experiment (both in 1982). She followed it up with appearances in the made-for-TV movies Trackdown: Finding the Goodbar Killer (CBS), a sequel to the 1977 theatrical film Looking For Mr. Goodbar, and Sessions (ABC; both in 1983), which follows the life of a high-class call girl (played by Veronica Hamel) and her attempt to love (Tracy played her younger sister).

Also in 1983, Tracy made her film debut with a bit part as Leslie the college girl in John Sayles' coming-of-age romantic drama comedy set in 1966 New Jersey, Baby It's You (1983; starring Rosanna Arquette and Vincent Spano). Following her big screen debut, Tracy returned to the small screen to co-star on CBS 1984 movies, A Good Sport (alongside Antonio Fargas) and The Baron and the Kid (Johnny Cash in the title role). That same year, Tracy also played the lead.

In 1985, Tracy landed a recurring role that would make her popular, as thoughtful college girl Ellen Reed (1985-1986), a headstrong liberal who won the heart of Michael J. Fox's character, on NBC’s long-running sitcom "Family Ties." Meanwhile, she could be seen making her Broadway debut as a British schoolgirl whose neighbors are presumably spies in the play "Pack of Lies" (1985) before starring as a troubled 18-year-old girl from a high-ranking New England family who becomes the obsession of a probations officer (played by John Savage) in American Playhouse (PBS) presentation of The Little Sister (1986).

After her "Family Ties" contract ended, Tracy went to play the title role of the kidnapped Olympic biathlete who forcibly held as her captor's wife in NBC fact-based TV-movie The Abduction of Kari Swenson and co-star with Kiefer Sutherland and Meg Ryan in the independent feature Promised Land (both in 1987), a gritty drama by writer-director Michael Hoffman. The next year, she reteamed with "Family Ties" co-star and future husband Michael J. Fox in James Bridges' film adaptation of Jay McInerney's novel, Bright Lights, Big City (1988; also starring Kiefer Sutherland and Phoebe Cates).

Entering the new decade, Tracy played one of the Kennedys in the ABC miniseries "The Kennedys of Massachusetts" (1990). Two years later, she went back to the Broadway stage with a co-starring role in Neil Simon's comedy "Jake's Women" and had a significant role as the fiancée of a killed Hassidic jeweler in Sidney Lumet's romantic crime drama A Stranger Among Us, starring Melanie Griffith. Afterward, TV viewers could catch her playing a con woman who lures men she meets through personal ads in the CBS TV-movie Dying to Love You (1993; alongside Tim Matheson) and the mother of Children of the Dark (1994; TV).

After the birth of her twins, Tracy slowed down her career. She was spotted as a guest in two episodes of the ABC series "Spin City," cast opposite Fox as ex-girlfriend Renee, and delivered an Emmy-nominated performance in a guest role as a rape victim on the NBC spin-off drama "Law & Order: Special Victims Unit" in 2000. In 2003, she returned to TV-movies with roles in the comedy Hench at Home and the crime drama 1st to Die, in the latter of which she starred as a homicide inspector teams with other professional women to catch an ingenious serial killer targeting newlyweds on their wedding nights. 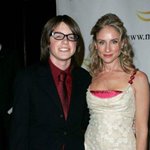 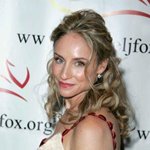 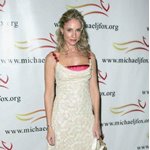 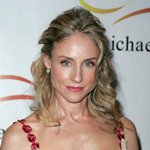 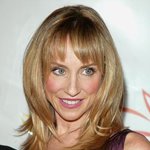 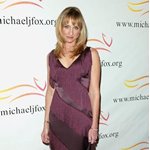