Starting his musical career by forming a doo-wop group called The Five Gents, Tony Orlando began hitting the national charts at age 16 when he recorded the hit “Halfway to Paradiseand Bless Youas,” as the first vocal artist to sign with Epic Records. In 1963, he opted to work back stage and was became one of the youngest vice-presidents for CBS Records, heading their April-Blackwood Music label.

After becoming general manager at Columbia Records, Orlando was offered to put his voice on a demo record for a song titled “Candida” for his friends Hank Medress and Dave Appell at Bell Records. The label liked the demo so much that Orlando’s performance was released, under the band name Tony Orlando and Dawn. The word “Dawn” was taken from the name of a record executive's daughter.

Orlando recalled: "I think it is really the rule of show business that every big break you get, you back into it without knowing it at the time. A few weeks after recording ‘Candida.’ I had forgotten all about it. And then Hank Medress calls me and says, 'Hey man, we've got a hit.' The crazy thing was, the song kept climbing the charts till it hit number one."

Following the success of “Candida,” Medress asked Orlando to record “Knock Three Times.” When he recorded the song, Orlando chose singers Telma Hopkins and Joyce Vincent Wilson to sing with him. In early 1971, the single hit #1 and it was the top song of 1971, selling over six million copies worldwide. The song was also featured in the hit 1995 movie starring Christina Ricci and Demi Moore, Now and Then, and later in other films, The One (2001), Waking Up in Reno (2002) and A Guy Thing (2003). By this time, Tony Orlando and Dawn had already become an international sensation, and Orlando decided to leave his successful career at CBS Records.

In 1973 Tony Orlando and Dawn released their next single, "Tie a Yellow Ribbon 'Round the Ole Oak Tree." It was number one for the year, and in terms of sales, this single was the most successful in the group's career. It also became Orlando's theme song and grew into an American anthem of hope and homecoming, reunion and renewal. Additionally, the song was featured on the soundtrack of the Oscar-winning movie starring Tom Hanks, Forrest Gump (1994), and a 2004 remake of the 1973 film, the semi-biopic Walking Tall, starring The Rock and Johnny Knoxville.

Next, a string of hits followed, including “Sweet Gypsy Rose,” “He Don't Love You,” “Who's In The Strawberry Patch With Sally,” “Cupid,” “Steppin' Out” (Gonna Boogie Tonight) and “Mornin' Beautiful.” He also transformed into television and had a highly rated weekly comedy/variety series on CBS, "Tony Orlando and Dawn" (1974-1976), which marked the television's first multi-ethnic variety show. Orlando, of Hispanic and Greek origins, and Hopkins and Wilson, African Americans, were an instant hit. During its four-season running, the show welcomed the biggest names in show business each week as Orlando’s guests, including his boyhood idols, Jackie Gleason and Jerry Lewis.

Meanwhile, Orlando maintains a touring schedule with appearances performing arts centers around the country. He was one of the first entertainers to be featured as a subject of VH1's “Behind the Music” in 1998, a program which became one of the network's highest ratings. A resident of Branson, Missouri since 1993, Orlando has performed there in more than 2,000 shows. His current performing home in Branson is The Osmond Family Theatre. Orlando, who has been named Branson's Entertainer and Vocalist of the Year, also has written and produced musical productions to critical acclaim.

In July 2002, Orlando did a very energetic performance at the "One Less Tear" cancer benefit in Philipsburg, Pennsylvania. He reportedly will give two much-anticipated performances in Taipei on October 22 and 23 in 2006. 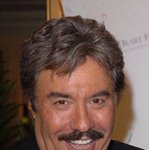 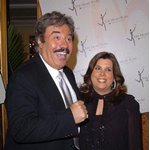 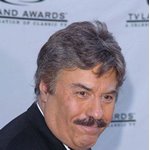 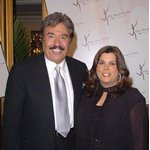