After being trained at RADA, Tom Courtenay joined the Old Vic in the early 1960 and made his debut in "The Seagull" at the Edinburgh Festival, Scotland. He also made his London debut when the production was transferred there. In 1961, he replaced Albert Finney portraying the title character of a working-class 19-year-old living with his parents in Yorkshire, in West End production of Keith Waterhouse's novel "Billy Liar." He later reprised the role in John Schlesinger's feature version in 1963 for which he was nominated a BAFTA Film Award for Best British Actor.

"Take all this thing now about working-class actors and writers: it's simply a release of certain talents from that class." Tom Courtenay.

Meanwhile, Courtenay starred as a rebellious young man who is sentenced to a boy's reformatory for robbing a bakery, but rises through the ranks of the institution through his prowess as a long distance runner, in Tony Richardson's acclaimed adaptation of Alan Sillitoe's short story, "The Loneliness of the Long Distance Runner" (1962). His brilliant performance received general positive reviews, winning him a BAFTA Award for Most Promising Newcomer to Leading Film Roles and a Mar del Plata Film Festival Award for Best Actor.

"The film business is absurd. Stars don't last very long. It's much more interesting to be a proper actor." Tom Courtenay.

Despite being rose to stardom by the aforementioned films, Courtenay's star began to wane in the late 1960s, making him reverted primarily to stage work and character roles. He joined Chichester Festival Theatre in 1966 and became a member of the Manchester Company in 1969. After removing front teeth to play the title character of a prisoner in a Siberian labor camp in Caspar Wrede's "One Day in the Life of Ivan Denisovitch" (1970), which was closely adapted from the 1963 novel by Alexander Solzenitsyn, Courtenay headlined ''The Norman Conquests'' in original West End production, Globe Theatre (August 1974) and made his Broadway debut in Simon Gray's "Otherwise Engaged" (1977), which nominated him a Tony Award for Best Actor (Play).

"When I go out on stage I like to be aware that there are a lot of women there. They are generally the loudest laughers." Tom Courtenay.

In 1980, Courtenay originated role of Norman in London production of "The Dresser," which was later brought to Broadway in 1981 and brought him second Tony Award nomination for Best Actor (Play). In 1983, the play was adapted into film by Peter Yates with Courtenay reprised his role as Norman, for which he was nominated another Oscar and BAFTA Award, this time for Best Actor. He also won a Golden Globe for Best Performance by an Actor in a Motion Picture – Drama category.

In the new decade, Courtenay played the supporting role of a father of slow-witted youth sentenced to death for a murder committed by his youthful cohort, in "Let Him Have It," and played the lead in Karel Kachyna's "The Last Butterfly" (both in 1991), as the French stage mime compelled by the Nazis to organize one performance for the children of Terezin, to convince the Red Cross observers that Jews in concentration camps didn't have it so bad.

In 1994, Courtenay returned to stage and won both London Critics Circle Theatre (Drama Theatre) and London Evening Standard Theatre Best Actor Awards for his outstanding performance in ''Moscow Stations.'' In the next year, he went to Broadway to appear in "Uncle Vanya."

Returning to television, Courtenay appeared as Daniel Quilp in a Disney miniseries version of "The Old Curiosity Shop" (1995) and appeared on HBO series "Tracey Takes On..." (1996). After co-starring with fellow RADA alumna Albert Finney in "Art" (1996) on the London stage, Courtenay played strange Uncle Tony, to whom boy's mother turns when her son's fantasies overwhelm her, in "The Boy From Mercury" (1996), and reunited with Finney as a retired milkman in the TV movie version of Angela Lambert's novel, "A Rather English Marriage" (1998), for which he won Best Actor BAFTA. He also won a Ft. Lauderdale International Film Festival Award for his titular portrayal of a quiet middle-aged Englishman who becomes an instant celebrity when he suddenly starts showing off his psychic and telekinetic abilities in "Whatever Happened to Harold Smith?" (1999).

Courtenay resumed his stage works in February 2003 in "Pretending To Be Me" (Comedy Theater, London, England, UK), playing Philip Larkin, and in May 2005 in "The Home Place," by Brian Friel at the Comedy Theatre, London. In March 2006, he starred as Arthur, who reacts unusually to the death of his mother and ends his customary isolation, in the play "The Domino Man of Lancashire" by Nick Leather, which broadcast on BBC Radio 4, as an Afternoon Play.

Most recently, in 2007, Courtenay co-starred with Robert Carlyle as his estranged father Leonard, a professor in meteorology, in Tony Mitchell's big screen version of Richard Doyle's 2002 disaster novel, "Flood," and with Nicole Kidman and Daniel Craig in Chris Weitz's film adaptation of Philip Pullman's fantasy novel, "The Golden Compass," playing Farder Coram, Gyptian second-in-command and advisor to king of the Gyptians John Faa (played by Jim Carter). He is announced to star opposite Eileen Atkins in Peter Yates' upcoming adaptation of Ronald Harwood's book, "The Girl in Melanie Klein."

"I don't want to peak too early. The worry is that you never know until it's all over whether you peaked at all - and then you're finished and it's too late." Tom Courtenay. 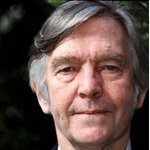 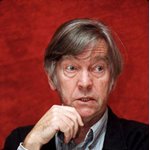 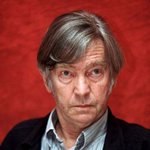 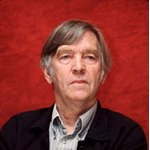