Many people in show business become famous, but only a handful become legends. Of that handful, most become legends though their work: Fred Astaire and Duke Ellington, Bing Crosby and Cyd Charisse. A tiny minority become legends through a fusion of their public and private lives: Frank Sinatra and Marilyn Monroe. Tina Louise has achieved legendary status through neither her work nor her private life. She is a legendary beauty.

In a 1963 newspaper article about beauty, Robin Douglas-Home, nephew of the then British Prime Minister, declared "No black and white picture can ever do justice to Tina Louise". Pamela Tiffin, herself an ex-model and unlikely to be impressed by female elegance, told Tom Lisanti "Tina Louise was one of the most beautiful females I ever seen in my life. Her beauty was unearthly and just a miracle of nature."

Yet while there is universal agreement that Tina has always been startlingly good-looking, there is little recognition that she has also been one of those women whose appearance changes with their menstrual cycle, their diet and their state of mind. Evidence of this flexibility is found in the photographs of Tina that adorn Internet web-sites. In some of these pictures, Tina is buxom, in others quite slim. Sometimes she is round-cheeked, but often slender-faced. Her persona in these pictures is also erratic, ranging from shy and timid to humorously companionable; from common-place to aloof; from lady-like to slatternly. It is possible to compare several photographs of Tina and not realise they are of the same woman.

Another aspect of these pictures is that Tina is most striking when photographed with a degree of vulgarity. Sprawled on the ground with her cleavage on display, she is more impressive than when elegantly dressed and coiffured. Tina also benefits from gaudy use of colour, particularly when her red hair is set against a dark background with a light coloured artifact in the foreground.

She was born Tina Blacker in New York in 1934 to parents who divorced while she was still a child. There are conflicting accounts of her childhood and formal education, but by her late teens, Tina had decided on a career in show business.

In December 1952 Tina was in the Broadway revue "Two's Company" for which Vernon Duke wrote the score with lyrics by Ogden Nash and Sammy Cahn. Despite being directed by Jules Dassin and starring Bette Davis, the show closed after only 91 performances. (Vernon Duke said later "Bette had only four notes to her voice - all of them bad!") In October 1953 Tina, as one member of a very stellar cast which included Harry Belafonte, Polly Bergen, Carleton Carpenter and Hermione Gingold, opened on Broadway in the revue "John Murray Anderson's Almanac" which ran for 227 performances.

The nineteen year old Tina Louise began to attract the attention of photographers and magazine editors.The early to mid 1950s was the period when men's magazines came out of the shadows, multiplied, and appeared on newspaper stands. They specialised in photographs of well-shaped young women, and hankered particularly after girls in show business. Major stars, conscious of their dignity, avoided these magazines, and so the editors concentrated on ambitious young women who needed publicity: Hollywood starlets, night-club singers and Broadway hopefuls. The two favourites of these magazines were Anita Ekberg and Tina Louise. Tina graced the covers and inside pages of every man's magazine in America, and made several repeat appearances in some of them. (Many of her photographs on Internet web-sites are scanned from these publications. Unfortunately, as most of the magazines had poor artistic standards and were printed on low-grade paper, the resulting scans lack gloss and definition.) With hindsight, what is significant about Tina's star status in these magazines is that the editors, unlike Hollywood a few years later, recognised something special in her.

During this period Tina made her living as a singer, worked occasionally in night clubs, and generally gained plaudits for her singing as well as for her looks. She made a long playing record, "It's Time For Tina", and surprisingly, the album sleeve photograph was neither revealing nor especially glamorous. The record was well received and has been re-issued on a Japanese CD.

In 1956 Tina played Appassionata Von Climax in "L'il Abner" on Broadway, and is on the cast album. At the same time she worked in television, and in 1958 Tina was invited to Hollywood.

She was given the plum role of Griselda in "God's Little Acre", a mixture of comedy and drama that has not stood the test of time, being neither funny nor dramatic. What has stood the test of time is Tina Louise who dominates the movie with a glowing, dignified femininity. Director Anthony Mann showed an uncharacteristic earthiness: twice near the beginning of the film he has Tina flaunt her cleavage. Tina's blend of sex appeal and dignity is unique in Anthony Mann films, where young women are normally soft, weak and compliant. For example as written, the Shelley Winters character in "Winchester 73" could have been a gutsy, sexy woman. Instead she is a wimp. The women portrayed by Julia Adams, Cathy O'Donnell and June Allyson in Anthony Mann films lack energy and passion. With one resentful glance at her husband, Tina Louise's Griselda suggests more sexual potential and more backbone than any other woman in any Anthony Mann film. This raises questions about the source of Tina's performance, and about who deserves the credit.

In 1958 the combination of Tina's physical allure and her radiantly feminine performance in "God's Little Acre" should have set bells ringing in Hollywood, where some of the great glamour queens were approaching middle-age. Instead, Hollywood seems not to have noticed or cared.

At first this presented no problem for Tina who made in quick succession three modest movies, in each of which she confirmed her strong screen presence. The writers/producers of "L'il Abner", Melvin Frank and Norman Panama, gave Tina the female lead in their 1959 movie "The Trap" (a.k.a. "The Baited Trap"), an uncelebrated film that deserves a DVD issue. In "Day Of The Outlaw" Tina, as did the rest of the cast, acted many of her scenes wearing a thick coat. Nevertheless, as a married woman fully aware that her husband's enemy wants her badly, and who then has to evade the rapacious attention of marauding outlaws, Tina had enough impact for the audience to understand why such a variety of men hungered for her. (The poster for the movie did not suggest that Tina would be in a coat much of the time. It showed her on the floor with a plunging neckline!)

As Tina had now made some movies, film magazines were interested but, prophetically, many sounded a note of caution. 'Picturegoer' (13th June, 1959) in an article ungallantly titled "Tina Louise - the last of the bosom girls" declared that Tina was part of a pin-up culture that was already out of date, and suggested that her looks would not be enough to sustain her career. Other magazines made similar points but nevertheless, like the men's magazines earlier, delighted in publishing her photographs.Tina also posed in advertisements for various products like Lustre Creme and Wolfschmidt's Vodka. Television gave her some work, and from Rome came offers of parts in Italian 'toga and sandal' epics. For a time, everyone seemed to be hugely impressed with Tina, except Hollywood, so in 1960 she decamped to Rome to make "Saffo, Venere di Lesbo" (a.k.a. "The Warrior Empress") and "Viva Italia". Two years later Tina returned there to make "L'Assedio di Siracusa" (a.k.a "The Siege Of Syracuse"), after making "Armoured Command" in Munich.

While working in Europe, Tina continued to be a major attraction for magazines. She gave several interviews, and some indicate that all was not well between Tina and Hollywood. In an interview with 'Cinemonde' (25th April, 1961) she declared "Hollywood - that inhuman town! I much prefer New York, Paris or Rome."In 1964 Hollywood was still fast asleep, and Tina accepted a part on Broadway in the Jule Styne musical "Fade Out-Fade In" which was moderately successful, running to 271 performances. Tina participated in the cast album.

In that same year Tina won the role of a stranded movie star in the TV series "Gilligan's Island". Prior to the show being broadcast, Tina reverted to first principles and used men's magazines for publicity. She told "Adam" (volume 8, No. 12) "there hasn't been much sex on TV and I'm ready to please". The show was a major success and has now been issued on DVD. Apparently Tina disliked the series and has distanced herself from it, but nevertheless it is the work for which she is most famous. Now that Tina was in a successful TV series, Hollywood at last woke up. However, instead of casting her in roles befitting star quality and legendary beauty, they offered her vacuous parts in trivial movies that effectively reduced Tina to being just another Hollywood also-ran.

Tina has continued to work regularly to this day in films and television. She has also found outside interests, such as setting up a health care company and working as a volunteer reading teacher in New York.

Tina seems not to have commented on Hollywood's refusal to give her opportunities to demonstrate her individual screen presence. A pity: it would be interesting to hear her thoughts. Robert Ryan, who co-starred in two of Tina's first four movies, did comment during an interview. He lamented the lack of progress in her career, but also said that Tina had not heeded his advice that she would have to fight to secure good parts. Certainly it is possible that Tina did not play the Hollywood game with sufficient skill or determination.

On the other hand, it is the responsibility of decision-makers in Hollywood to be aware of any newcomers who have that special rapport with the camera called "star quality". Around 1959, they failed to notice this quality in Tina, even though she had just made one of the most impressive debuts in movie history, and had confirmed that good impression with her next three films. In the period 1959/1964 Hollywood gave large parts to several young actresses who had less "star quality", less acting ability and less beauty than Tina, and today nearly all these actresses are forgotten. Tina Louise is not forgotten. She is a legend in her own time, and Hollywood should be ashamed of itself. 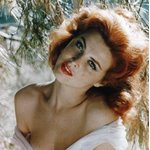 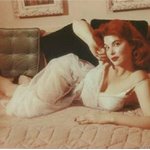 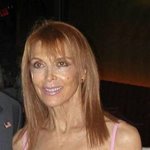 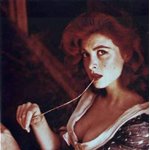 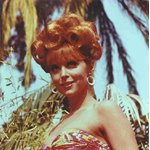 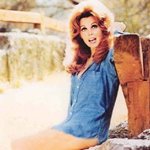 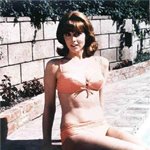 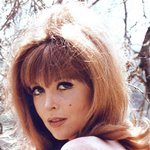