Born in Leesburg, Virginia, USA. Taylor attended Loudoun Country Day School from pre-school to 7th grade. At age ten, her parents divorced and her father was granted custody. Her father remarried when she was 13 and she moved with her father and new stepmother to Silver Spring, Maryland. There, she attended the Connelly School of the Holy Child in Potomac, Maryland. Taylor worked as a server at "Hooters" while she embarked on a modeling career.On a warm summer night on July 17th in Leesburg, Virginia a future Playmate was born, ready to take on the world. I was told I was a quiet baby, but boy did I surprise those around me as the years rolled on by. As any kid I loved having fun in school and sports were a big part of those early years. Playing soccer, lacrosse, field hockey, and participating in track and field events kept me very busy. Yep! I was destined for a gold medal. Heee heee. I also enjoyed swimming, horseback riding, and taking photographs and posing with my animals and favorite toys. I was fortunate enough to be able to experience many different activities like scuba diving, skiing, and traveling with my parents while I was growing up.

My childhood was happy and filled with love, family, and lots of pets.

Even at a young age I was fascinated by the women on swimsuit posters. I thought those women were the most beautiful women ever and I longed to look like them. This began my desire to be a model. My thoughts changed from year to year, but I always knew I wanted to go to college and have a career. I was very shy as a child (a trait I still have today) and could barely order food for myself when I went out to dinner. Luckily my step mother helped me to break out of my shell a little bit and become more assertive. My childhood was happy and filled with love, family, and lots of pets. Until 12 years old I lived in Virginia and attended a wonderful private school. In the eight grade the family moved to Maryland, where I attended a co-ed catholic school. This was quite a change for me. A catholic education continued through high school. ( I still have my catholic school uniform, which you may get to see me in .....)

At 14 I wanted to get a job. Work opportunities were few and far between, leading me to do telemarketing for a home improvement company. Yes, I was one of those annoying people that called you at dinnertime or early on Saturday morning. Hey! This kid needed a job. At 15 years of age things took a turn upwards. I started working as a waitress at a local pizza and sub restaurant called Sammy’s. I worked at Sammy’s until I was a freshman in college. Nope I didn't eat the profits. At nearly 18 years old, I met the person who would change my life forever, Jim. He owned several Miss USA state beauty pageants and helped me get started in the world of pageants and modeling. Without him I would not be where I am today and I am so thankful to have him as a friend. After seeing my family, Jim is the next person I visit when I go home.

I took a semester off to regroup...

Thanks to family (a University of Maryland alumni) I became interested in attending the University of Maryland. I majored in psychology until junior year when I switched to criminal justice. As a freshman at Maryland I had way too much fun working in a bar and pledging a sorority and received many parking tickets on campus. My parents still tease me about the fines for all of those parking tickets. After my first year, I took a semester off to regroup after my crazy and wild first year at college. I worked at Chili’s and travelled around entering beauty pageants. I was fortunate enough to travel to Turks and Caicos, Canada, and Hawaii for pageants. I didn’t win many pageants, but I learned many valuable skills and met the Playboy photographer (David Mecey) that would start my career with Playboy.

After becoming a playmate I stayed in school...

A month after meeting David Mecey, I was shooting in New York for Playboy’s special editions. The shoot was successful and I shot several more times for the special editions. Playboy staff photographer Richard Fegley saw my photos in the special editions and told the editor they should test me for centerfold. Several months later I was called to shoot my gatefold (centerfold photo) at the Playboy office in Chicago. After becoming a playmate I stayed in school and finished my degree in criminal justice. During my junior and senior years, I worked as a teaching assistant for several undergraduate classes in the criminology dept. while trying to balance photo shoots and appearances.


I never thought I would live in LA...

Before graduating from Maryland I bought my first condo. With lots of help from my father and uncle, we remodeled the entire condo. After graduation I made my second investment, purchasing a home in Northern Virginia. Another year later I moved to Los Angeles to continue my modeling career. I never thought I would live in LA, but it has turned out to be one of the best decisions I have made.
With all said and done, this east coast girl’s dreams and goals have been rewarding with many blessing from above. 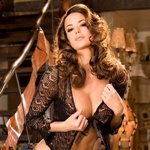 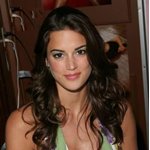 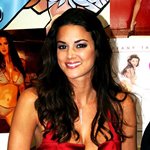 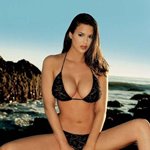 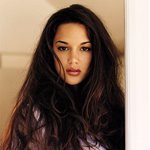 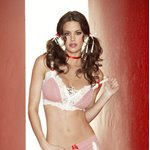 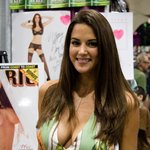 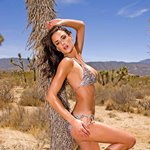 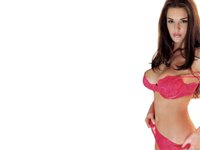 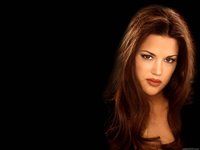