Terri then began a feud with The Kat because she was jealous of the latter's TV exposure. At WrestleMania 2000, Terri (accompanied by The Fabulous Moolah) defeated The Kat (with Mae Young) in a Catfight.[1] Val Venis was the Special Guest Referee, but was distracted when Mae kissed him in response to Val making out with both Terri and The Kat.[1] This allowed Moolah to pull The Kat out of the ring, and when Val saw her out of the ring, he declaired Terri the winner.[1] Post-match, The Kat attacked Terri by stripping her black pants off to expose her thong.[1]

The next week on RAW, Terri invited The Kat to a beauty salon. However, Terri spiked The Kat's drink and dyed and cut her hair while she was unconscious. The feud would continue to an Arm Wrestling Match at Insurrextion 2000.[2] Carter was victorious, but after the match, Terri pulled The Kat's top off, exposing her breasts. Instead of being disgusted or embarrassed, Carter allowed the crowd to see her breasts.[3] In June 2000, Terri formed an alliance with Dean Malenko, and on June 6 on RAW, Malenko faced Jerry Lawler (representing The Kat) in a "Over the Top, Off with the Top" Match. Though Malenko lost, Terri was covered up by Steven Richards before she could strip topless. The feud resurfaced in a 'Thong Stink Face' match at SummerSlam 2000, where The Kat won the match by delivering a stinkface to Terri.[4]

In mid-2000, Terri became the onscreen girlfriend and manager of Perry Saturn and joined the Radicalz. The partnership lasted until Saturn, concussed by a double powerbomb delivered by The Acolytes, opted to continue seeing "Moppy" (a mop he believed was alive) when Terri told him to get rid of the mop or she would leave him. Terri then became the manager of wrestler Raven and joined the The Alliance in order to enact revenge upon Saturn, a goal she achieved when Raven stole the mop and fed it into a wood chipper.

In late-2001, Terri replaced Trish Stratus as the host of the WWE recap program "Excess" after Stratus became a full-time wrestler. She briefly feuded with Stratus, resulting in a wet T-shirt contest between the two on RAW, which was interrupted by Jazz. Runnels held the role until the program was cancelled and she then became a backstage interviewer. She wrestled the occasional match and has brief feuds with Molly Holly and Stacy Keibler. Terri defeated Keibler in the first ever Lingerie Pillow Fight. On May 27, 2002 she briefly held the perpetually contested Hardcore Title when she pinned a dazed Steven Richards, though he immediately pinned her to regain the title. She also began an onscreen romance with Kane which was abandoned when Kane turned heel in June 2003. Terri declined to train as a full-time wrestler, preferring to act as a manager if possible. 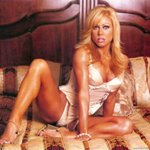 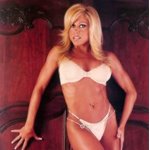