Cîrstea has a neat, controlled style that minimises mistakes.According to the Tennis Spy, she does not appear to be fast around the court, but actually is deceptively quick covering the ground with her long strides and good reading of the game. As a good doubles player, she is also a very solid volleyer, and also has solid groundstrokes.Forehand and backhands are delivered with plenty of zip and punch, whipping through the ball quickly on both sides.Cîrstea seems lacking a little when it comes to delivering the final blow: in her third–round defeat to Victoria Azarenka at the 2009 Wimbledon Championships, for example, she dominated the first set but was unable find the crucial points to wrap things up, and lost in a tie–break.Despite her competence at the net, she often seems to lack the confidence to charge in and take control of the point.
Early and personal life
Cîrstea was born to Mihai and Liliana in Bucharest,but currently resides in Târgovişte.She also has a brother, Mihnea, five years her junior.Cîrstea was introduced to tennis at age of four by mother, "My mum and dad have always followed tennis and they encouraged me to start playing the sport when I was young. They're the reason I started to play tennis and I guess they are the ones I should thank for getting me into it".She cited Steffi Graf and Roger Federer as her idols.Cîrstea speaks Romanian, English and Spanish, and is improving her French.Her good friends on the WTA Tour include Caroline Wozniacki, Ana Ivanovic, Sabine Lisicki, Maria Kirilenko and Sania Mirza. 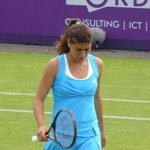 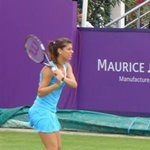 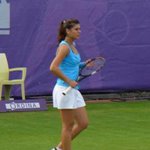 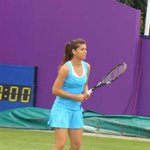 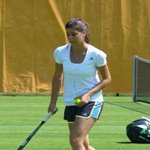 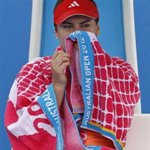 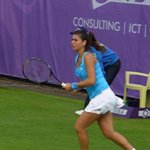 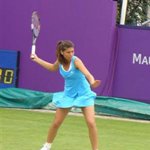