"I'm just going where the stories are. I'll quite happily work in a tiny theater in the middle of nowhere if it's the right story. It always leaves a bit of a nasty taste in my mouth when I do something purely for money. I always end up being absolute shit in it. I'm not really an actor who can make rubbish writing good. Some people are very good at it. It's a real skill." Sophie Okonedo.

After being trained at RADA, Sophie Okonedo began her career on stage with the Royal Shakespeare Company. She subsequently made transition into films, making her debut with a small-but- pivotal role opposite Jason Durr and Frances Barber in Isaac Julian's independent drama, "Young Soul Rebels" (1991), which examines the interaction between youth cultural movements in late 1970's Britain.

Following her big screen debut, the new comer spent the next several years in a string of British television projects, including guest spots in an episode of BBC One medical drama "Casualty" and ITV long-running cop drama "The Bill," as well as appearances in the short-lived prison drama starring Janet McTeer, "The Governor." She was also seen in the made-for-television movies "Maria's Child" (1992) and "Age of Treason" (1993), as well as in an early effort by acclaimed director Michael Winterbottom in his multiple sclerosis independent drama film starring Robert Carlyle, ''Go Now'' (1995).

In the mid 1990s, Okonedo began branching out and auditioning for Hollywood productions, winning a co-starring role as The Wachati Princess, in "Ace Ventura: When Nature Calls" (1995), sequel to "Ace Ventura: Pet Detective" (1994) which earned her an MTV Movie Award nomination for Best Kiss she shared with lead actor Jim Carrey. She also snagged a small role as the Jamaican Girl in Michael Caton-Jones' suspense film starring Bruce Willis and Richard Gere, "The Jackal" (1997). Meanwhile, she continued working in British TV projects, co-starring in the BBC gripping drama movie "Deep Secrets" (1996) and guest starring in an episode of the BBC dark comedy series "Murder Most Horrid."

''I don't like going for more than a year without doing theatre. I don't mind falling flat on my face so long as I feel I'm open to the possibility of something extraordinary happening.'' Sophie Okonedo.

Okonedo then returned to stage, delivering a memorable turn as the brave, resourceful story-teller in ''Arabian Nights'' at The Young Vic in London, and gained recognition for portraying Cressida in Trevor Nunn's adaptation of Shakespeare's "Troilus and Cressida" at the Royal National Theatre. Meanwhile, she was also cast in the ensemble British romantic comedy titled "This Year's Love," with Dougray Scott, Jennifer Ehle, Douglas Henshall, Kathy Burke and Catherine McCormack, and in Sara Sugarman's film adaptation of Kathy Lette's comedic novel, "Mad Cows" (both in 1999), starring Anna Friel.

Entering the new millennium, Okonedo appeared in the British series ''Never Never,'' for which she was nominated as Best Actress in a Television Drama by the Royal Television Society (RTS) for Best Actor – Female category. During this time, she was also spotted as a guest in an episode of the short-lived legal/detective drama series "In Defence" and co-starred with Matthew Rhys and Kelly Reilly in Nick Grosso's little-seen romantic comedy movie, "Peaches."

In the following years, Okonedo starred as Ellen, who is seeking revenge on her cheating husband, in the BBC two-part noirish thriller ''Sweet Revenge'' (2001; with Paul McGann and Pam Ferris), and played a significant role as Juliette, the kind-hearted prostitute, in Stephen Frears' Oscar-nominated drama about two illegal immigrants in London, ''Dirty Pretty Things'' (2002; starring Chiwetel Ejiofor and Audrey Tautou), which nominated her a British Independent Film Award as Best Supporting Actress. She also co-starred with British actor Michael Kitchen in the British romantic thriller TV movie ''Alibi'' (2003), as a public servant moonlighting as a waitress who discovered Kitchen's character with the dead body of his wife's lover.

''Terry George saw a film I did called 'Dirty Pretty Things,' and they came up to me and said, 'Wow, let's take a chance and send the script to that girl.' And they sent the script to me, I read for it with Terry reading the part of Paul Rusesabagina, and two weeks later, I got the part.'' Sophie Okonedo (on how she came to being cast in ''Hotel Rwanda'' (2004)).

Meanwhile, Okonedo's performance Frear's immigrant drama "Dirty Pretty Things" (2002) was noticed by Northern Irish filmmaker Terry George, who would later cast her in his historical drama film "Hotel Rwanda" (2004). In the true story-based film that has been called an African "Schindler's List," Okonedo played the female lead role of Tatiana, the Tutsi wife of hotel manager and quiet hero Paul Rusesabagina (played by Don Cheadle), whose decision to house refugees at his workplace would rescue over 1,000 civilians during the 1994 Rwandan Genocide. For her stunning performance, Okonedo received Oscar and Screen Actors Guild Award (SAG) nominations for Best Supporting Actress, and won a Black Reel Award for Best Actress, Drama. The film itself also received an Oscar nomination for Best Original Screenplay and gave Cheadle a Best Actor Oscar nomination.

On receiving the Oscar nomination, Okonedo said, "At one stage in my career I didn’t even think I’d ever make a film, so to be nominated for an Oscar is overwhelming. I’m in a state of shock. I’ve spent 15 years plugging away and the last year has just been amazing."

With an Oscar nomination under her belt, Okonedo went on to co-star with Charlize Theron, as her title character's colleague Sithandra, in Karyn Kusama-directed science-fiction/action movie "Aeon Flux" (2005), a loose adaptation of the animated science fiction television series of the same name. In the following year, she was cast as Tulip Jones/Mrs. Jones, the second in command at MI6 who recruited teen spy Alex (played by then-newcomer Alex Pettyfer), in Geoffrey Sax's "Alex Rider: Operation Stormbreaker" (2006), which was based on the first novel of the same name in the Alex Rider series.

"I'd hate to lose the character actress part of me, because, by God, the parts are much more interesting. As a black actress all I was offered in British film was the best friend role, whereas in TV I was offered a whole spectrum of parts. I'd love to be able to follow that through into my newly-formed film career which I didn't expect to get at 36!" Sophie Okonedo.

Also in 2006, Okonedo portrayed a young mother (Chiwetel Ejiofor played her husband) searching for her six-year-old daughter who was swept away by the tsunami, in "Tsunami: The Aftermath," a two-part HBO/BBC joint production that dramatizes the events following the 2004 disaster in Asia. For her brilliant performance, she received a Golden Globe nomination for Best Actress in a Mini-Series or Television Movie and won an Image Award for Outstanding Actress in a Television Movie, Mini-Series or Dramatic Special.

Most recently, Okonedo supported John Cusack in Menno Meyjes' comedy-drama film based on the award-winning novelette by science fiction author David Gerrold, "Martian Child" (2007). She currently becomes one of the storytellers in the British children's show, "Jackanory Junior" (2007).

Next, Okonedo will portray Nancy, Bill Sikes' (played by Tom Hardy) girl, a thief trained by Fagin who longs for a better life, in the BBC miniseries version of Charles Dickens' second novel, "Oliver Twist." As for her big screen projects, she will co-star with Sam Neill in Anthony Fabian's upcoming true story-based British film called "Skin," playing a black girl who was born to two white Afrikaner parents in South Africa.

"I'm drawn to stories about ordinary people who get tangled up in an extraordinary event or idea or emotion. I'm not saying I don't love films about super-people or super-doctors, but my preference is for stories about how we get through this life, what it is to be human, because I'm always struggling with it myself." Sophie Okonedo. 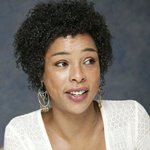 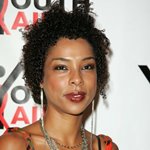 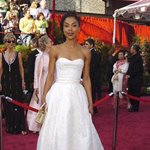 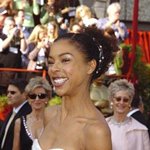 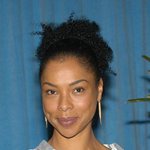 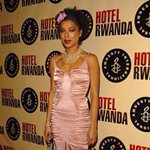 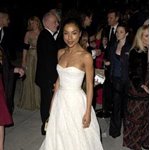 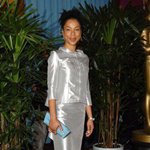