One day back in the Spring of ’05, I received an e-mail from Barry Manilow. We had met at a Grammy function a few years back. Turns out he digs my music. So we've kept in touch over the last couple of years. In Barry's e-mail he asked me if I had ever considered covering the Dusty Springfield songbook. I didn't respond at that time. I had just released my latest record on Capitol called Suit Yourself and was about to take off on the road for a few months. I couldn't wrap my head around anything but going on the road. But, somewhere in the back of my brain I kept the thought closely tucked away.

It wasn’t until May of ‘06 when I went to my manager Betty and asked her what she thought about the idea of recording the Dusty songs. She liked the idea, and thought I should do it. The thing is, I didn't want to just record these songs, I wanted to make the recording simple and important.

Over drinks in a dark bar in Hollywood I put my cards on the table. The record company man told me that they didn't know what to do with the last record I made. We sat there and tossed around bullshit for an hour or so. Round two began and we had some more drinks. We were just getting fuzzy and not a lot was accomplished. Towards the end of a frustrating evening I remember saying, "Hell, I'm just going to call Barry Manilow and cut the Dusty Springfield songs! Maybe somebody will like that! Everybody loves Dusty!" Record company man almost dropped his drink, got all saucer eyed and said, "Well, I can see getting behind that." I laughed out loud. Record men respond when you talk about Dusty Springfield. Capitol was ready, but I wasn't in a hurry. I needed the perfect producer, and hadn't figured that part out yet. I needed someone who would understand that these songs stand the test of time, and that Dusty Springfield is timeless. We thought of every producer from all walks of music. It was such an important call to make. One slip up with the wrong guy and this could turn out to be just another cover record sounding like it was made for all the wrong reasons. It was tough tossing this around. Then one afternoon Betty mentioned the guy who would understand me. He would allow me more room in the studio, and not just being the girl singer. He would choose the right band.

So, I picked up the phone and called Phil Ramone. I said, “I want to cut the Dusty Springfield songs.” He said, "I think we can do that." We talked on the phone for several months staring in July of ‘06. I'd call him with my thoughts about the songs I loved, and we exchanged and compared our ideas. We were excited. Capitol was chomping at the bit and wanted it out before the end of the year, but I still wanted to wait. So I told Phil that we should cool off until the first of the year to start recording. Let's get through the holidays and start fresh. Also, I wanted to work with recording engineer Al Schmitt, because this record had to sound perfect.

January ‘07 finally came along. We all gathered at the Capitol Records building Studio A. The thought of having Capitol Studio A, Phil Ramone, Al Schmitt, these killer musicians and Dusty Springfield was nerve racking, but I knew I was up to the task. Phil had assembled a group of four guys; Greg Field on drums, Dean Parks on guitar, Rob Mathes on keyboards and Kevin Axt on Bass. We had what we called a "menu" of songs to cut, so we started at the top.

I had wanted to record at the Capitol building my whole career and this was the album to do it. All of the drama I had endured with Capitol Records up to this point finally came to an end. The very week we started recording this album, Capitol Records was no more. My deal with them ended, and for a while this record and I were without a label. That's where Lost Highway enters the picture. When they heard it, they loved it just the way it was. Plain and simple. Cut to tape and zero frills. So, we had a deal.

Dusty Springfield was a soulful singer. You can't ever fill her shoes. So I just set out to sing songs we all want to hear again. The road map I followed when cutting these, was the one she made years ago. It was easy. I just sang and let the songs do the work. I'm so glad I did. Dusty inspired it all. 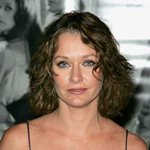 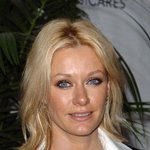 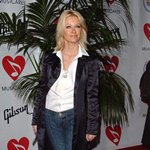 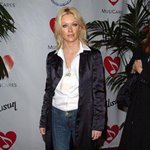 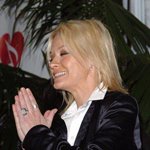