Johnson was born in Des Moines, Iowa, the daughter of Doug and Teri Johnson. Her parents enrolled her in a gymnastics class at age three after they noticed her climbing up cabinets and jumping down from tables. At the age of six, she was among the first students when Liang Chow opened a gymnastics school in West Des Moines.

Johnson attends Valley High School in West Des Moines, Iowa, entering the 2008–09 school year as a junior. Unlike most elite gymnasts who train approximately 40 hours a week and have private tutors, Johnson trains 20-25 hours a week and attends a public high school where she is currently on the “A” Honor Roll and takes part in numerous extra-curricular activities.

Johnson entered the senior division in 2007 and continued to showcase new skills, including a double twisting double layout dismount off the uneven bars. She competed at the 2007 Tyson American Cup, winning the all-around title over teammate Natasha Kelley. Johnson also competed in the 2007 Pan American Games, winning four gold medals in the team finals, the individual all-around, and the balance beam and uneven bar finals, and the silver in the floor exercise final.

Johnson represented the U.S. at the 2007 World Artistic Gymnastics Championships with teammates Nastia Liukin, Shayla Worley, Alicia Sacramone, Ivana Hong and Samantha Peszek. They won the team competition with a score of 184.400 points, 0.950 points ahead of the silver medalist Chinese team. Johnson competed on all four apparatuses in the team competition.

In the qualification round, Johnson earned a score of 16.250 on beam, 15.150 on floor exercise, and 15.175 on vault. She fell on her uneven bars dismount and scored 14.625.The U.S. finished first in the qualifying round. Johnson's scores qualified her for the all-around finals, along with Liukin. Johnson also qualified to the beam and floor event finals. In the team competition, Johnson scored 15.375 on uneven bars and floor exercise, and a 15.150 on vault. She fell on the beam on her handspring-handspring-layout series and scored 15.025. The U.S. team won the gold medal. It was the second team gold medal for the United States in the World Championships.

In the individual all-around competition, Johnson performed a double-twisting Yurchenko vault and scored 15.175. She scored 15.425 on floor exercise, 15.900 on beam, and 15.375 on uneven bars. Her total score of 61.875 earned her the gold medal. She became the fourth American woman to win the all-around.

During event finals, Johnson first competed on the balance beam, where she fell on her standing full and on her switch side leap, earning a score of 14.475. She finished in last place. In floor exercise, she went out-of-bounds on her first tumbling pass, but won the gold with a score of 15.250.

In honor of Johnson's performances in 2007, Governor Chet Culver of Iowa proclaimed October 17 "Shawn Johnson Day" in the state. 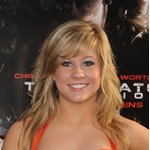 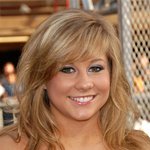 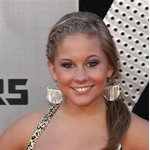 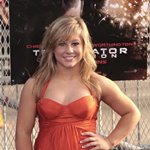 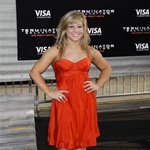 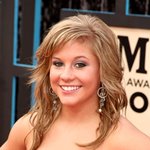 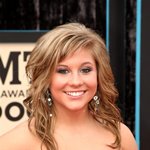 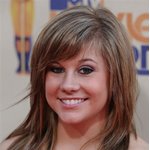 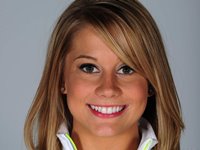 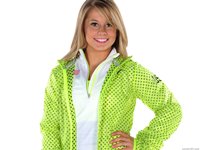 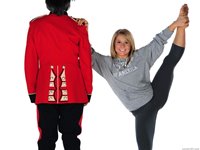 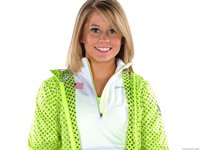 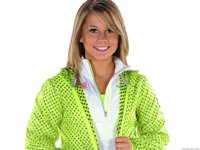 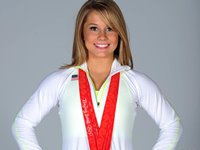 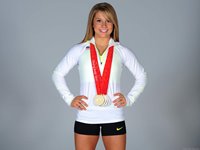 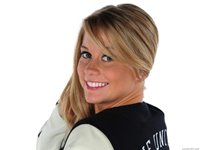 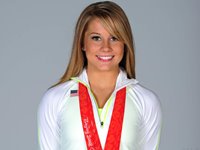