Sharon met future husband Ozzy Osbourne at the age of 17 while working in Ipswich as a receptionist for her father, Don Arden, who managed Black Sabbath and was often accused of using violent tactics by his artists.When Ozzy was fired from Black Sabbath in 1979, Sharon Osbourne took over his management from the Arden organization and then started to date Ozzy.Proving to be as hardworking and ruthless as her father, Osbourne coordinated the recruitment of a technically gifted backing band for the recording of The Blizzard of Ozz and, by engaging proven songwriters, helped Ozzy launch what became a highly successful solo career. It was rumoured that Osbourne employed some of her father's tactics where one promoter was kneed in the groin after failing to produce due payments, and Osbourne single-handedly ruined a company's computer system after they sold illegal merchandise.

A series of high selling albums and world tours followed through the 1980s, eventually making Ozzy one of the world's most popular metal acts. In 1996 she created the successful Ozzfest summer touring festival.It went on to become a prime rock occasion and celebrated its 10th anniversary in 2006. In 2007, she took the decision to make Ozzfest tickets free, as she wanted everyone to have an equal opportunity to attend a concert. The tickets had previously reached prices of £76 ($150). Ozzfest grossed $20 million each year and is credited with launching the careers of Marilyn Manson, Limp Bizkit and Slipknot. Prior to the founding of Ozzfest, Osbourne approached Lollapalooza, another rock festival, to request that Ozzy play at that year's festival, only to be rejected and told that Ozzy was "uncool". It was then that she decided to launch her own festival.

Osbourne has also managed the bands Coal Chamber and The Smashing Pumpkins.Never one to mince words, in 2000 she made news by severing her relationship with The Smashing Pumpkins and then announcing in a statement: "...I must resign due to medical reasons... Billy Corgan was making me sick!" She also claimed to have briefly worked with Queen before being fired by Freddie Mercury. She has also worked with Gary Moore, Motörhead and ELO. In the late 1990s Osbourne also co-managed a band called Cube, with Cud guitarist Mike Dunphy. Cube were signed to Polydor Records and had limited success. She has also turned down career guidance requests from Fred Durst, Guns N' Roses and Courtney Love. 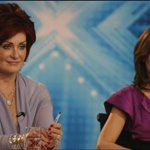 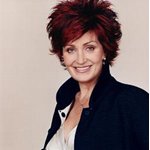 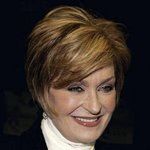