Baksh was born in Guyana. Her mother was a dressmaker, and she aspired to follow in her footsteps and become a fashion designer. While working as a secretary her boss urged her to enter the Miss Guyana contest, where she won the Miss Guyana title. She ended up in third place in the 1967 Miss World contest in London at the age of 19; from there she would launch a career in modeling.

Shakira Baksh married British actor Michael Caine "in Las Vegas, Nevada, on 8 January 1973."[1] and appeared with him in John Huston's The Man Who Would Be King. They have one daughter, Natasha. She met her husband, Michael Caine, after he became obsessed with finding "the most beautiful woman he had ever seen" after seeing her in a commercial for Maxwell House coffee. He was planning on going to Brazil to track her down but it turned out that she was living in London, England. A friend gave him her phone number and the rest is history. 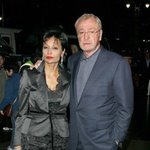 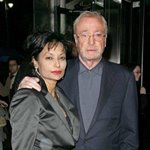