Sabrina Lloyd was born on November 20th, 1970 in Fairfax, Virginia. At age 12, she started her acting career by appearing in a local theater production of "Annie" as Pepper. She continued to perform in local theater such as the Baystreet Players in Eustis, and the Ice House Theater in Mt. Dora, appearing in productions of "Grease", "Crimes of the Heart", and "Wizard of Oz". When she was 15, she also participated in a student exchange program which allowed her to spend a year in Brisbane, Queensland, Australia. While there, she got some training at the Brisbane Royal Theatre Company. When she was 18, she moved to New York and spent some time as a bartender while knocking on doors and auditioning for roles. Her first big break was a guest appearance on an episode of "Law & Order" (1990) called "Intolerance", which got her a new agent and launched her career. Her first breakout role in feature films was the movie Chain of Desire (1992), followed by a starring role in Father Hood (1993) with Patrick Swayze.

Sabrina also made appearances on television, starring in the TV movies The Coming Out of Heidi Leiter (an episode of _ "Lifestories: Families In Crisis" (1992)_ and _Love Off Limits (1993) (TV)_ . In 1995, Sabrina auditioned for the role of Wade Welles in the pilot episode of "Sliders" (1995). In its third season, "Sliders" (1995) slowly grew to embrace a larger audience, but the series was still cancelled by Fox. In 1997, the show was picked up by the Sci-fi Channel, but Sabrina decided to option out of her contract to pursue new roles. She quickly landed a co-starring role as associate producer Natalie Hurley in the ABC sitcom, "Sports Night" (1998), which satirizes sports and news coverage. 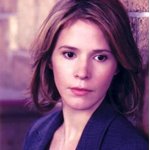 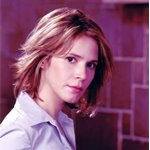 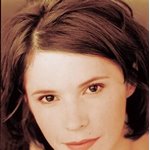 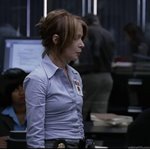