Roy Dupuis was born on April 21, 1963, in New Liskeard, Ontario. He spent a significant portion of his childhood (from early infancy until he was eleven years old) in Amos, which is in a region of Québec called Abitibi. For the next three years, he lived in Kapuskasing, Ontario, where he learned to speak English. His father (now deceased) was a traveling salesman for Canada Packers, a meat company (now part of Maple Leaf Foods). His mother is a piano teacher. He has a younger brother and an older sister. When he was fourteen, after his parents divorced, his mother moved the family to Sainte-Rose, Laval, Québec (in the greater Montréal area), where he finished high school. After high school, he studied acting in Montréal, at the National Theatre School of Canada (L'École nationale de théâtre du Canada), graduating in 1986.

Acting was not Roy Dupuis' first career choice. He was studying physics in high school, but seeing Ariane Mnouchkine's film Molière (1978) interested him in acting. His entry into drama school was accidental. A friend had been invited to audition for admission to the National Theatre School of Canada, but her counterpart, who had also been invited to audition, changed his mind and backed out. She asked Roy Dupuis to take his place, and he agreed to help out and went along, posing as the original candidate. Although he himself was not really the one invited to audition, he impressed the school's director so much that she invited him to apply formally for admission to the school, and he was accepted. After his graduation in 1986, and a few years of successful experience acting in the theater, in 1988, he began to be offered substantial roles in films and TV.

The relative anonymity that he enjoyed during those early years ended when 80% of the population of Québec watched the enormously-popular classic period serial drama "Filles de Caleb, Les" (1990) (Emilie), turning him into a celebrity overnight and gaining him several awards for his performance as Emilie's husband, Ovila Pronovost. His next major role was as a journalist in the Canadian TV series "Scoop" (1992), which ran for four seasons (1991 until 1995). In 1991 Dupuis also starred in his first major film role, as the gay hustler, Yves, in Jean Beaudin's internationally acclaimed Being at Home with Claude (1992), which was Canada's official selection at the 1992 Cannes Film Festival. Other leading roles in French followed, and increasingly English language roles too, including Becker in Screamers (1995), his entry into mainstream US cinema.

For the next five years, from 1996 to 2000, he spent most of his time in Toronto, making the TV series Nikita (1997-2001), which was shown in more than 50 countries around the world. When the final season finished production at the end of 2000, Roy returned to Montréal, for a few months' well-earned rest, before starting work again on French-Canadian projects made closer to home. The TV mini-series "Dernier chapitre, Le" (2002) (mini), about biker gang warfare, was filmed in French and English versions simultaneously. Then he teamed up again with "Chili's Blues" director Charles Binamé to star as in the romantic role of Alexis Labranche, the heroine's love interest, in a remake of another period Québec classic, Séraphin: un homme et son péché (2002), which became the province's highest-grossing film.

In 2003, he participated in multiple projects, combining leading roles with occasional supporting roles. In Denys Arcand's Invasions barbares, Les (2003) (The Barbarian Invasions), which has enjoyed even greater international success than Jésus de Montréal (1989), Dupuis again played a minor part as a police drug-unit detective. Released in 2004 to 2005 were six more films in which he performed. His role as Alexandre in Mémoires affectives (2004) brought him his first major film-acting awards.

He recently reprised the part of French-Canadian hockey hero Maurice "Rocket" Richard (for the third time) in the film Maurice Richard (2005) directed by Charles Binamé to large acclaim. He has also completed an independent film, That Beautiful Somewhere (2006), which is based on the 1992 novel "Loon," by Bill Plumstead; screened in major film festivals beginning in August 2006, it will be broadcast on Canadian pay television later in 2006.

Beginning in June 2006, he began filming the film Shake Hands with the Devil (2006) on location in Kigali, Rwanda, a film about the Rwandan Genocide, in which Dupuis portrays Roméo Dallaire, being based on Dallaire's autobiographical memoir, in close consultation with Dallaire. The main filming finished in Halifax, Nova Scotia, in August.

Roy Dupuis lives in the countryside outside of Montréal. While, in the past, he enjoyed sky-diving and still enjoys golf, he has become more occupied with learning to sail and renovations on his home and sailboats.

For over a decade, until June 2006, he actively supported the Mira Foundation, which provides guide dogs for visually-impaired children and adults and service dogs for those with other disabilities. A few years ago, he co-founded the Rivers Foundation to protect the rivers of Canada from exploitation by hydro-electric developments, currently serves as its co-president, and concentrates considerable time on developing it when he is not working professionally. 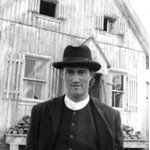 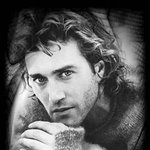 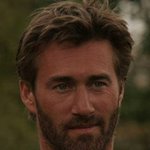 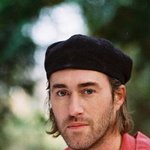 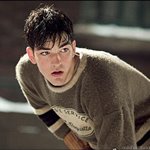 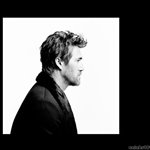 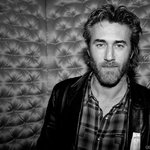 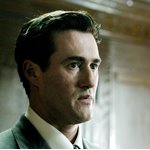