A first-generation Californian, Rosalind Chao's parents ran a successful restaurant near Disneyland. It was Chao's father who encouraged her to audition for her first acting role on the early-'70s TV sitcom Here's Lucy. Enrolling in the communications department at U.S.C., Chao hoped to go into broadcasting, but returned to acting after a disillusioning year at the CBS-owned radio station in Hollywood. Remembering her work on an episode of the 1972 TV series Anna and the King, producer Burt Metcalfe hired Chao to portray Soon-Lee, the Korean war bride of Corporal Klinger (Jamie Farr), in the climactic episodes of the long-running MASH. 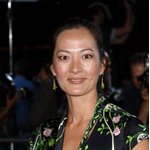