Born in 1954, Rene Russo grew up on the wrong side of the tracks in Burbank, a Los Angeles suburb. Her father, a sculptor and mechanic, left the family when Rene was just two, leaving her mother, Shirly, as a single mom with two daughters. (Rene has one sister, named Toni). In junior high school, Rene was plagued with scoliosis and had to wear a back brace for four years, making her look unusually skinny to her classmates. She was already a tall girl, which earned her the nickname "Jolly Green Giant" from her classmates. She entered Burroughs High School, along with classmate Ron Howard, and even though her brace had been removed, she was still somewhat of a loner. Unable to deal with academics and the school social scene, Rene dropped out of school in the tenth grade. Since money was tight, she began to take a variety of part-time jobs over the next 18 months, many for the free benefits. She sold refreshments at a movie theater, where she could see free movies; worked as a restaurant hostess, where her meals were free; and worked as a store cashier at Disneyland, where she had free admission. She often had two jobs at one time. Her last job, which was solely for the paycheck, was a full-time job at an eyeglass factory, inspecting contact lenses.

In 1972, the 17 year old was attending a Rolling Stones concert when she was approached by John Crosby, a scout and manager from International Creative Management. He told her she should be a model and had test photos made of her. Within a few months, Rene signed a contract with Ford Modeling Agency and within a year had become a successful print and photographers model. Soon her modeling breakthrough came when she graced the cover of Vogue. By 1975, she had appeared on numerous magazine covers, was one of the most successful models in America, and was also starting to be seen in several TV commercials through the 1980s. She would define what a top fashion model was for years to come.

By her 30th birthday, demand for her began to dwindle, as it did for most models at that age. She did a few more commercials and then turned her back on modeling and show business for a while. Financially secure for the next several years, she began an intense period of literature and Christian theology. She also began to study theater and acting, and began appearing in theater roles at small regional theaters in Los Angeles and elsewhere in California.

Her television series debut came in 1987 with a supporting part on the short[lived TV series "Sable" (1987). In 1989 she made her motion picture debut with the part of the lead characters girlfriend in the film Major League (1989). Most of her subsequent roles were that of girlfriends and supportive wives in several films until her breakthrough as an internal affairs detective in Lethal Weapon 3 (1992). Rene Russo has been praised for her ability to hold her own against her major male co-stars. Two of her performances within the last few years have gotten her recognition as both a major dramatic actress and a talented character actress. One was as the mother of a kidnapped son in Ransom (1996). The other was as the cartoon femme fatale foreign spy in The Adventures of Rocky & Bullwinkle (2000). Although the latter received mixed reviews among moviegoers and critics, Russo was praised for her performance of a role originally slated for Meryl Streep in 1992. Rene Russo has been married to screenwriter Dan Gilroy since 1992, and they have one daughter, named Rose. They reside in Brentwood, California. 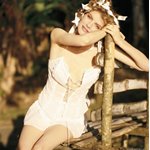 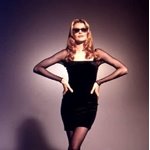 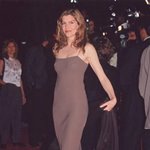 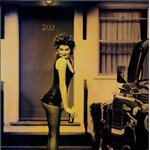 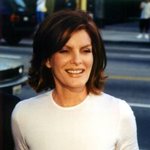 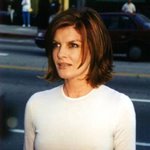 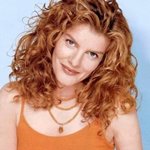 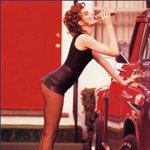