Rebecca Marino is a Canadian professional tennis player. On July 11, 2011, she reached her highest WTA singles ranking of 38. Marino was named Female Player of the Year by Tennis Canada two times, in 2010 and 2011. She is currently training at the UBC in Vancouver with Coach Alex Korch.

She played the first event of her career in Vancouver in 2005. In 2006, she played first rpund qualifying at the Rogers Cup in Montreal as a wildcard. She reached the second round at the 2009 Bell Challenge after a 6–4, 6–3 win in the first round over Lauren Albanese. Marino lost 2–6, 3–6 in the next round against Julia Gorges. She also won the same year her first singles title in Trecastagni on the ITF Circuit and two doubles titles on the same circuit. Marino lost in the first round of the Australian Open 4–6, 2–6 to Greta Arn. She took a break from tennis to deal with mental and physical fatigue from February to late August. Marino made a comeback the second week of September at the $25,000 ITF in Redding. In only her fifth tournament since coming back, she defeated fellow Canadian Sharon Fichman 3–6, 7–6(7–5), 6–2 to win the $25,000 ITF in Rock Hill. She then lost a week later in the first round of the $50,000 ITF Challenger in Saguenay 6–7(5–7), 6–7(6–8) to Maria Sanchez, stopping her winning streak at 8 matches. At the $50,000 ITF in Toronto, Marino was forced to retire in her second round match after suffering an abdominal strain. She was supposed to end her season at the $75,000 ITF in Phoenix, but had to withdraw following her injury. At the Australian Open, her first Grand Slam since coming back, Marino made it to the main draw with her protected ranking of 115, but lost 3–6, 0–6 to Peng Shuai in the opening round.

Rebecca played the first Grand Slam of her career at the US Open. After winning three qualifying matches to enter the main draw, she beat Ksenia Pervak to set up a second round clash with World No. 4 Venus Williams. Marino lost 6–7(3–7), 3–6 after a thrilling first set. Her next tournament was in Quebec City at the Bell Challenge where she beat fellow Canadian Heidi El Tabakh in the first round 7–6(8–6), 7–6(7–3). Marino upset first seeded and World No. 14 Marion Bartoli 6–3, 6–1 in the second round, which was her first career, wins against a Top 20 player. She lost her quarter-final match against Bethanie Mattek-Sands 4–6, 6–7(4–7). She then stayed in the province of Quebec and played a 50K Challenger in Saguenay the following week. 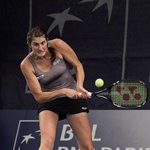 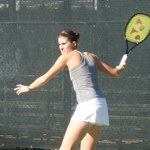 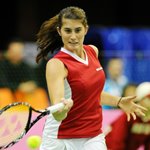 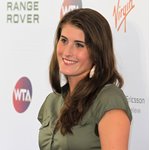 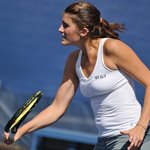 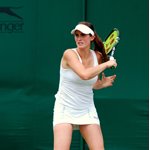 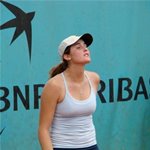 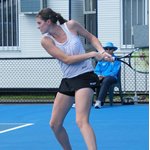