Younger brother of R&B singer/actress Brandy Norwood, Ray J entered showbiz at age 8 when he started receiving offers to do television commercials. By 12, he was a regular on Fox’s short-lived, but critically-acclaimed, sitcom “The Sinbad Show” (1993), in which he portrayed L.J. Beckley, half of the title role's adopted children. That same year, he was featured on ABC’s music education special “Rhythm & Jam.”

Ray J was subsequently seen on HBO’s espionage-themed thriller movie The Enemy Within (1994; starring Forest Whitaker), based on the novel by Fletcher Knebel and Charles W. Bailey II. The next year, he made his feature debut in Tim Reid's period drama inspired by Clifton L. Taulbert's book, Once Upon a Time... When We Were Colored, and followed it up with a role in Tim Burton's dark comedy and sci-fi film based on the popular card series, Mars Attacks, alongside the ensemble cast of major stars Jack Nicholson, Glenn Close, Pierce Brosnan, Annette Bening and Danny DeVito.

“Acting is like a big challenge to me. There are a lot of challenging roles that I got to play, but my role on Moesha is my best right now. I think I graduated when I got on Moesha. I learned a lot more.” Ray J.

After playing the guest role of Charles in his sister’s sitcom “Moesha” on UPN, Ray J became a regular on the show, playing Dorian Long (1996-2001), the title character's (played by Brandy) and Myles Mitchell's (played by Marcus T. Paulk) troubled half brother who likes to be called “D-Money.” He also once played himself in a 1998 episode of “Moesha.” Meanwhile, Ray J had a featured supporting role in Kenneth Johnson's film version of the DC comic book series, Steel (1997), a sci-fi action-hero movie starring Shaquille O'Neal as the eponymous hero. He also did a TV commercial for GAP.

Ray J subsequently branched out in music. Following his performance in the Disney Channel special “Ray J and Brandy in Concert,” Ray J released his debut album, Everything You Want, in 1997. It spawned three singles, “Let It Go,” “Everything You Want” and “That's Why I Lie.” The album sold only 375,000 copies.

“Then, I didn't know what type of direction I wanted to go in. Being that Brandy came out and blew up, I just went with the flow. But after my album dropped and I saw what was out there, I started to develop my own ideas about what I wanted to do with my music.” Ray J.

June 19, 2001, saw the release of Ray J's sophomore album, This Ain't a Game. Released under the Atlantic Records label, the album spun off the Top 40 hit single “Wait A Minute” (featuring Lil' Kim; topped at #30 on the Billboard Hot 100) and the follow-up single “Formal Invite” (featuring Pharrell Williams; reached #54 on the Hot R&B/Hip-Hop Singles & Tracks), both of which were produced by The Neptunes.

“People might think that I'm coming out hardcore. I've never been hardcore. I'm just on the edge. I don't feel like I got a clean-cut image and it feels good to be able to do what I want to do. Whatever I go through in life, I just put it on my album this time.” Ray J.

The album This Ain't a Game eventually peaked at #21 on the Billboard 200 and at #9 on the Top R&B/Hip-Hop Albums. He also sang a duet with Brandy in the song “Another Day in Paradise” from the Collins R&B/Hip-hop tribute album Urban Renewal. The song went to #4 on the charts in the UK singles chart.

“On this album (Raydiation), I strayed away from the hip hop edge and stuck with what comes natural for me. I love rap, and hip hop is still a part of what I'm doing, it's just that my singing is more prominent now. I love my last album (This Ain't a Game), but the singles I chose after 'Wait a Minute' did not capture what Ray J is really about. People saw me as a rapper instead of a singer who loved to do it all. On Raydiation, I'm letting my R&B game shine.” Ray J.

Raydiation, Ray J’s third album, hit the music stores on September 27, 2005. The album, released under Sanctuary Records, was primarily produced by Rodney “Darkchild” Jerkins with additional production from R. Kelly and Timbaland. It debuted at #48 on the Top 200 albums selling 18,321 copies in its first week of release. Its lead single, “One Wish,” peaked at #11 on Billboard's Hot 100 and became Ray-J's first single to reach the Top 20. It climbed to #3 on the US R&B/Hip-Hop and reached #13 in the UK. Rodney Jerkin, who co-wrote the song with Ray J, Fred Jerkins and LaShawn Daniels, revealed, “I'm blessed to be a part of the history that's in the making of my main man Ray J. I worked with him before and this time I am more impressed with his growth vocally and as an artist. I've worked with the best of the best and Ray is probably one of the best male artists I have ever worked with. One Wish proves that his voice is the real deal and that all the other cats in the game better step up their game the way Ray J has.”

However, the “One Wish” success was not followed by the album’s next singles “What I Need” and “Let's Play House” (both released in 2006). Ray J explained, “Raydiation represents every mood of me. I love clubs and hangin' out with my friends, but when all the fun is done, you want to go home to somebody you love, can take over the world with - have kids and live your life. From all of the bad situations I've seen and experienced, I've learned to never give up and consider God first in your life. Mistakes are great if you learn from them and get stronger. Raydiation shows the strength that I've gained so far from my life. And with God, I will keep growing, keep learning, keep building…and keep singing about it!”

As for acting, Ray J joined the cast of UPN's sitcom “One on One” as Darrell "D-Mack" McGinty (2005-2006), the hip-hop obsessed college student from the suburbs. Afterward, he was cast alongside Izabella Miko, Columbus Short, Jacqueline Bisset and Ne-Yo in David Petrarca's musical drama Save the Last Dance 2 (2006), a direct-to-video sequel to 2001's theatrical feature Save the Last Dance. He also guest starred as a rapper in an episode of CBS’ legal drama starring James Woods, “Shark.” Continuing his music career, Ray J was on Bow Wow Wanted Tour (10 cities) as of May 2006. 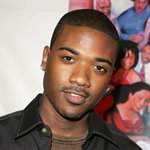 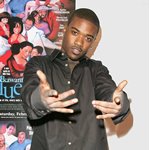