"Inside every woman is a Pussycat Doll," says Robin Antin, the innovator behind the singing-and-dancing ensemble that has risen from underground cool to major label hot. "It's about female empowerment, about being confident with who you are. It's about singing and dancing in front of a mirror by yourself and having fun."

With their debut album, PCD, set for release by A&M Records on September 13, 2005 (led by the #1 smash "Don't Cha," a duet with Busta Rhymes and produced by Cee-Lo), The Pussycat Dolls go beyond being extraordinarily beautiful. With tremendous voices, and after working with today's top songwriters and producers (including Will.I.Am from the Black Eyed Peas, Timbaland, Rich Harrison, Sean Garrett and Ron Fair), The Pussycat Dolls are ready to stamp their mark on music and on attitudes.

"To me, a Pussycat Doll is fearless but also vulnerable," says lead singer Nicole Scherzinger. "We're strong but we like to play too. The line in 'Don't Cha'--'don't cha wish your girlfriend was hot like me'--is meant to be empowering. The Pussycat Dolls are not about just being hot but also about saying something with real feeling."

From triple-threat Scherzinger, to Jessica Sutta, the one-time captain of the Miami Heat dance troupe; from Carmit Bachar, the "La Vida Loca" girl on Ricky Martin's world tour, to Ashley Roberts and Kimberly Wyatt, two of the most talented young dancers in Hollywood, and Melody Thornton, a young powerhouse singer, these Pussycat Dolls represent the next step for the group whose Sunset Strip performances became the hippest ticket in Hollywood.

The Pussycat Dolls were born in a tiny dance studio in the L.A. garage of actress Christina Applegate, with whom Antin was rooming in the early '90s. Antin had appeared in commercials, and did choreography for music videos for the likes of Smash Mouth, The Offspring and No Doubt. "But I wanted to do something creative and different," she says.

So Antin invited over a few girlfriends who were also tour/music video dancers and they began to play around with her own choreography, a style endowed with the spirit of famed choreographer Bob Fosse ("Sweet Charity," "Cabaret") but also music from Led Zeppelin to punk rock, Siouxsie and The Banshees to Bjork, and fashion as well. Meanwhile Applegate suggested they perform at the Sunset Strip's renowned Viper Room. Owner Johnny Depp saw them rehearse and reportedly said, "This is why I opened a club." The Pussycat Dolls, which have seen many members in its evolving lineup since debuting in 1995, became the Thursday night opening act for the next six years.

A turning point came in 2000 when No Doubt's Gwen Stefani came to a show and said she'd love to do a guest spot, not just to dance but to sing. So did Christina Aguilera. In 2002 it was time to take the show to a bigger venue and so The Pussycat Dolls moved to The Roxy. For two shows a week, for seven weeks, the place was sold out. Other guest performers included Brittany Murphy, Charlize Theron, Nikka Costa, Paris Hilton and Pamela Anderson. All of them appeared without pay, just for the fun of it, including emcee Applegate.

That same year, Antin joined forces with Jimmy Iovine, Chairman, Interscope Geffen A&M, who in turn brought in A&M President Ron Fair to executive produce the project and help take the concept to a higher level.

Their "We Went As Far As We Felt Like Going" was heard in 2004's Shark Tale, their cover of the standard "Sway" (helmed by Fair, also producer for Aguilera and the Black Eyed Peas, among others) was heard in 2004's Shall We Dance? The Pussycat Dolls were also seen in 2003's Charlie's Angels: Full Throttle and Pink's "Trouble" video as well as 2005's Be Cool. Scherzinger was featured with Will Smith on "If U Can't Dance (Slide)" on his 2005 Lost And Found album.

Today, there is a Pussycat Dolls line of makeup from Stila and The Pussycat Dolls Lounge opened in April 2005 inside Caesar's Palace in Las Vegas, featuring a different roster of performers. The future may hold a line of clothing, lingerie, perfume, videogames, TV and movie projects, and other lounges. 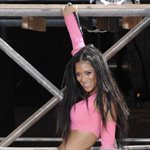 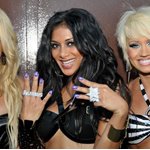 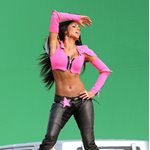 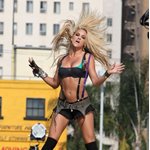 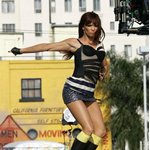 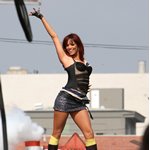 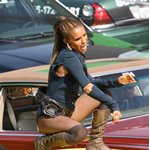 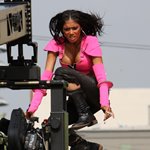 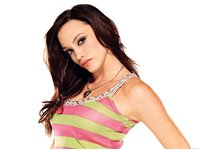 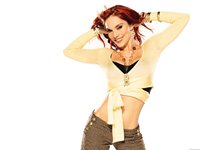 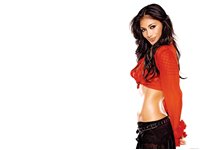 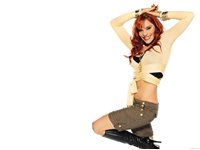 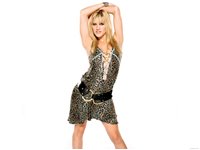 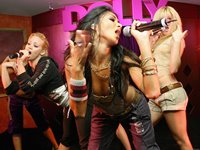 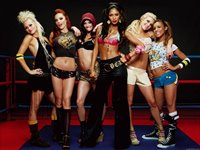 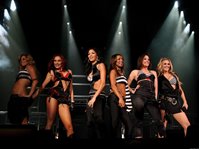 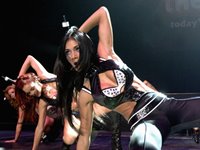