Piper Laurie was born Rosetta Jacobs in Detroit, Michigan, on January 22, 1932, the daughter of a Polish immigrant and his Russian-American wife. Her father was a furniture dealer who moved his family to Los Angeles, California, when she was 6-years-old. Rosetta was a pretty red-haired little girl, but very shy, so her parents sent her to weekly elocution lessons. In addition to her lessons in Hebrew school, she studied acting at a local acting school, and this eventually led to work at Universal Studios.

Universal had signed her as a contract player when she was only 17-years-old, and changed her screen name to Piper Laurie. She was cast in the movie Louisa (1950), and became very close friends with her costar, Ronald Reagan. She was then cast in Francis Goes to the Races (1951) with 'Donald O'Connor (I)', Son of Ali Baba (1952) with Tony Curtis, and Ain't Misbehavin' (1955) with Rory Calhoun. The studio tried to enhance her image as an ingenue with press releases stating that she took milk baths and ate gardenia petals for lunch. Although she was making $2,000 per week, her lack of any substantial roles discouraged her so much that by 1955 when she received another script for a Western and "another silly part in a silly movie", she dropped the script in the fireplace, called her agent and told him she didn't care if they fired her, jailed her or sued her.

From there, she went to New York City to study acting, and worked in live television, starring in The Hallmark Hall of Fame version of Twelfth Night (1957), The Days of Wine and Roses (1958) with Cliff Robertson, which debuted on Playhouse 90 on October 2, and as Kirsten in the Playhouse 90 version of Winterset (1959). In 1961, she got the part of Paul Newman's crippled girlfriend in the classic film, The Hustler (1961). She was nominated for an Academy Award for Best Actress for that role of Sarah Packard. That same year, she was interviewed by a writer/reporter for the New York Herald Tribune, Joe Morgenstern. She liked his casual dress and lifestyle, and 9 months later, they were married. When she did not receive any substantial acting offers after The Hustler, she retreated with her husband to Woodstock, New York, where she pursued domestic activities such as baking (her grandfather's trade) and raising her only daughter, Anne, born in 1971. In 1976, she accepted the role of Margaret White, the eccentric religious zealot mother of a shy young psychic girl named Carrie (1976), played by Sissy Spacek. Piper received her second supporting Oscar nomination for this role. She and her husband divorced in 1981, she moved to Southern California and obtained many film and television roles. 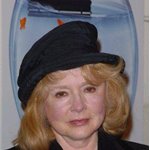 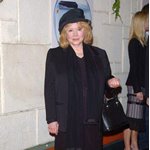 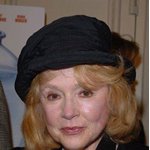