Her first film appearance was in 1964's infamous Santa Claus Conquers the Martians, as Girmar, a young Martian girl. She won a Golden Globe as 1982's "Most Promising New Star," but also won "Worst New Star" in the 1982 Golden Raspberry Awards. She starred in the 1983 film The Lonely Lady. She won the now defunct "Best New Star of the Year" Golden Globe for the film Butterfly despite the fact that she actually made her acting debut eighteen years earlier. There were rumors that her husband, Israeli multimillionaire Meshulam Riklis (owner of McCrory's), who financed the movie, bribed the critics.[1]

Zadora garnered both attention and ridicule that year by posing for the press cavorting in a public fountain and wearing a Tanga Maillot swimsuit. This resulted in many photos of her and her shapely "can" (posterior) at the event with a seemingly appropriate homonym, the Cannes Film Festival. These photos appeared in various publications. In contrast, Newsweek published what they sarcastically referred to as a "rare head-on" photo of the actress.[2]

In 1988 she played a small role in John Waters' Hairspray as a beatnik. Waters has never been shy about expressing his ardent admiration for Pia Zadora's work, even interviewing her on one occasion.

She has attained some success as a singer, and has had several hit singles throughout the world. In 1984, she received a nomination for a Grammy Award for Best Female Rock Vocal Performance. Her cover version of the Shirley Ellis hit, "The Clapping Song", reached the U.S. Top 40 in 1983, and she had a minor hit with a duet with Jermaine Jackson titled "When The Rain Begins To Fall" in 1984 which she performed with Jermaine in the movie "Voyage Of The Rock Aliens" in which Zadora played a lead role. (In Germany, this song was a #1 hit for four weeks, and in France it also was a major hit). She released Pia & Phil, an album of standards with the London Philharmonic in 1987. In 1988, she teamed with famed producers Jimmy Jam and Terry Lewis and released an album entitled "When the Lights Go Out."

Later in 1994 Zadora played a small role in Naked Gun 33⅓: The Final Insult in the final act in a comedy sketch as she sang in the Academy Awards. 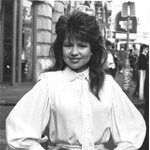 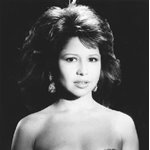 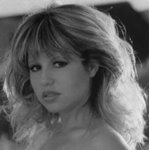 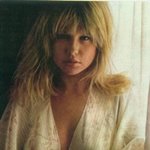