Pia Glenn was memorably seen on HBO and live on Broadway bumping and grinding with Will Ferrell as Condoleezza Rice in You're Welcome, America: A Final Night with George W. Bush. Directed by Adam McKay, the naughty boogie was also broadcast live on HBO, with the HBO version directed by Marty Callner. That show ran at the Cort theater, where Pia had made her Broadway debut ten years earlier (in the same dressing room, even!) as leading lady Lucy Dixon in the Olivier-Award winning musical Kat and the Kings.

Pia won the Astaire Award (best Female Dancer) for her role in You're Welcome, America..., marking the first time that organization had awarded a performance largely comprised of stripper moves and crumping. She had also previously portrayed Ms. Rice in the web series Fun With War Crimes, directed by Tim Bartell. A native New Yorker, Ms. Glenn has appeared on stages from Broadway to LA and almost everywhere in between, having toured for a year and a half as the original First National "Lady of the Lake" in Monty Python's Spamalot, directed by Mike Nichols. Another highlight was appearing opposite Nathan Lane and working closely with Stephen Sondheim on Broadway in The Frogs, directed by Susan Stroman. Ms. Glenn has made varied television appearances in addition to her stage work, and has also danced in quite a few music videos, most notably the late Michael Jackson's final long-form video, "You Rock My World" (directed by Paul Hunter). 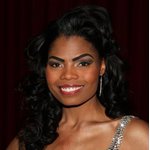