Petra Kvitova is a Czech professional tennis player. Known for her powerful left-handed shots and variety, she has won nine career singles titles. She reached her career-high ranking of world no. 2 in October 2011, and is currently ranked world no. 8.

Kvitova won the 2011 Wimbledon Championships and the 2011 WTA Tour Championships singles titles, becoming the first Grand Slam event winner born in the 1990s, and the third player to win the WTA Championships in her first attempt. She has also reached the semifinals of the 2010 Wimbledon Championships, the 2012 Australian Open, and the 2012 French Open. Kvitova began 2008 by upsetting Anabel Medina Garrigues in France and former world no. 1 Venus Williams in Memphis, reaching the second rounds of both tournaments. She reached the fourth round of her first Grand Slam tournament, the French Open, in which she lost to Kaia Kanepi in three sets, having defeated Akiko Morigami, Samantha Stosur and then-World No. 12 Agnes Szavay en route. She advanced to the quarterfinals of the 2008 Zurich Open as a qualifier, thus placing her in the top 50 for the first time. At the beginning of 2012, Kvitova was widely expected to reach the world no. 1 ranking. She stated that attaining the position "would be nice," but that her priority was to improve her game. Kvitova opted not to defend her title and ranking points in Brisbane, choosing instead to participate in the Hopman Cup exhibition with Tomas Berdych.

The pair went on to win the title, defeating France in the final. She won all of her singles matches at the event, defeating Tsvetana Pironkova, Bethanie Mattek-Sands, Caroline Wozniacki, and Marion Bartoli. Her next tournament was the 2012 Apia International Sydney, where she lost in the semifinals against Li Na. At the 2012 Australian Open, Kvitova was the favourite for the title. She defeated Vera Dushevina, Carla Suarez Navarro, Maria Kirilenko, Ana Ivanović, and Sara Errani to advance to the semifinals, where she lost in three sets to Maria Sharapova, having been a break up in the third set. She continued her long run of wins in singles matches indoors (32 straight matches) with her four victories in Fed Cup against Germany and Italy in 2012, scoring hard-fought wins over Julia Gorges, Sabine Lisicki, Francesca Schiavone, and Sara Errani. Kvitova started her 2013 season at the Brisbane International, defeating Carla Suarez Navarro in the first round before losing to eventual finalist Anastasia Pavlyuchenkova in the second. Then, at the Sydney International, Kvitova suffered another early exit, losing to eventual finalist Dominika Cibulkova in the first round.

Kvitova was seeded eighth at the Australian Open. She drew former French Open champion Francesca Schiavone in the first round and won in three sets, before suffering another early exit, losing to Laura Robson in the second round after leading 3–0 in the final set. Kvitova has been awarded a wildcard into the 2013 Open GDF Suez following a poor Australian summer which netted just two wins from three tournaments. 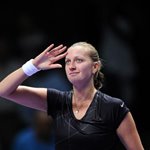 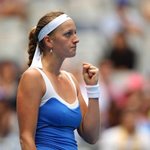 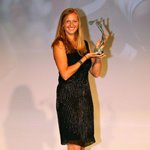 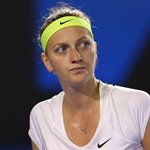 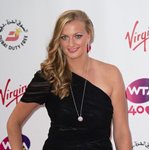 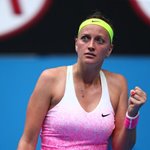 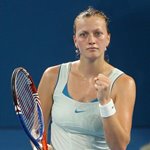 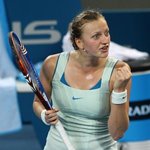 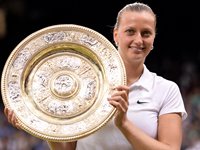 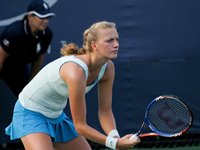 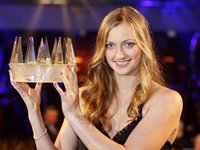 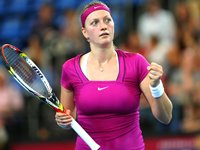 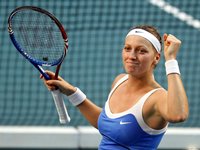 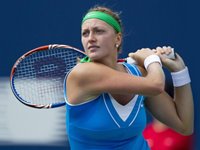