Pauline Lefevre is a French actress and TV host. After studying at the French School of press officers, she worked briefly in marketing one. She began her television career in 2005 on the French channel Direct 8 on which it runs newsmagazines: All is well, easy life and easy vacation. In June 2008, Pauline Lefevre debuted on stage in the play the son of staged by Valentine Anglares. In June 2008, she joined M6 for presenting the weather. She leaves the chain in September for Canal + where it succeeds Louise Bourgoin as Miss Weather in Le Grand Journal, presented by Michel Denisot. His performance is variously appreciated, if following judge humor "cleaner" and First is the "sparkling", Telerama qualifies instead of "appalling" and the jury Gerard television awards in 2009 for its weather prices parody "issue supposed to be humorous, but for which you laugh even less than with Arte Thema on concentration camps".

In June 2010, she left the big newspaper to devote himself to cinema. Patrice Leconte gave him his first lead role in his film See the Sea turns it alongside Clement Sibony and Nicolas Giraud summer 2010. From September to December 2010, she participated in the show everyone is beautiful, everyone is nice presented by Bruce Toussaint 10 every Sunday afternoon on Canal +. For her performance in Sea View, she won the Golden Swann of the "Revelation feminine" in Cabourg Film Festival 2011. Between 26 October 2011 and March 9, 2012, she is a columnist in The New Edition on Canal +, replacing Elise Chassaing during her pregnancy. After this date, it continues to participate in the program as a columnist alternating with the latter. 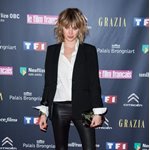 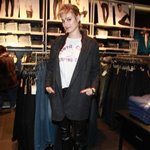 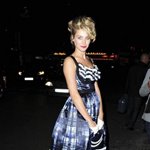 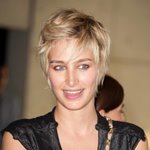 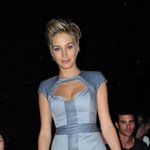 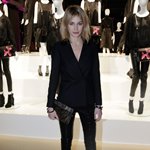 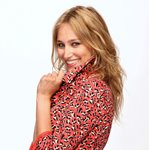 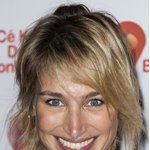