Actress Pamela Susan Shoop began her career on stage at an early age in the national company production of GENERATION starring Robert Cummings. The only girl in an all-male cast, Pamela toured with the production playing Cummings' daughter for over a year in the role later re-created by Kim Darby for the film version. Pamela went on to star in the stage production of PICNIC, playing "Madge" opposite Robert Horton. Throughout the years, she has continued her love for the theatre, playing "Helena" in A MIDSUMMER NIGHT'S DREAM; "Abigail" in THE CRUCIBLE; "Julie" in A GOOD LOOK AT BONEY KERN opposite Don Knotts; and "Mary" in DINNER AND DRINKS opposite William Katt, just to name a few.


But it is to television audiences that the face of Pamela Susan Shoop is most unforgettable. In 1973, she became known to audiences playing the role of "Allison MacKenzie" in the daytime drama RETURN TO PEYTON PLACE on NBC. The coveted role was originally portrayed by Mia Farrow in the prime-time production years earlier. In over sixty television shows throughout the 70's, 80's, and 90's, Pamela has played heroine to some of Hollywood's most eligible leading men. A favorite among casting directors, she became known among some as "the chameleon"...playing a hooker one week and a nun the next! In features, her memorable performance in HALLOWEEN II still has fans quoting dialogue!


Pamela is the daughter of Major General Clarence A. Shoop and actress Julie Bishop. Her father, a two-star general, was Vice President of Hughes Aircraft Company and head of Flight Test for Howard Hughes, as well as Commander-in-Chief of the Air National Guard of California until his death in 1968. A reconnaissance pilot during World War II, "Shoopy" flew the first photographic missions over Omaha Beach in Normandy on D-Day. Heralded as the "First man over - First man back," Eisenhower referred to his unit as the "Eyes of the Eighth" (Air Force.) After the war, Shoopy continued his love of aviation and was made commander of Muroc Flight Test Center. Pamela's mother, actress Julie Bishop, starred in 84 films, including SANDS OF IWO JIMA and THE HIGH AND THE MIGHTY opposite John Wayne, ACTION IN THE NORTH ATLANTIC opposite Humphrey Bogart, and NORTHERN PURSUIT opposite Errol Flynn. Originally, Julie began her career under her given name of Jacqueline Wells, starring in TARZAN, THE FEARLESS opposite Buster Crabbe, THE BOHEMIAN GIRL opposite Laurel and Hardy, and THE BLACK CAT opposite Karloff and Lugosi...just to name a few. However, when Warner Brothers Studios placed her under contract, they changed her professional name from Jacqueline Wells to Julie Bishop.

Pamela and her brother, Steve, were raised in Beverly Hills, California. She attended Westlake School for Girls; Beverly Hills High School; Phillips Academy in Andover, Massachusetts; the University of Southern California; Villa Mercede in Florence, Italy; and the Alliance Francaise in Paris, France.

In 1987, Pamela's life took a different turn when she married Terrance A. Sweeney, a former Jesuit and Catholic priest. She likes to describe their relationship as "THE THORN BIRDS...but with a happy ending." Coincidentally, Terry had been the consultant to Richard Chamberlain during the filming of the production, long before he met Pam. He is the winner of five Emmy Awards and the author of four books. When Pam and Terry fell in love, their story needed to be told. Rather than hide from controversy, the two revealed their love-story in their autobiography entitled, WHAT GOD HATH JOINED, published by Ballantine in 1993, marking Pamela's debut as an author. The book was listed on the Publisher's Weekly Best Seller list, and is an honest portrayal of the difficulties faced by both a priest and a woman who fall in love. Pam and Terry were the first to marry publicly in the United States, and continue to minister to priests and women still living in the shadow of a forbidden love. They have formed a tax-exempt, non-profit corporation called, AMA DEUM, which in Latin means, "Love God." It is their hope to, one day, restore the right to marry to Roman Catholic priests.

Pamela serves on the Board of Advisors for Good Tidings, and is the Director of the Los Angeles Chapter. She is a member of the National Charity League, the Screen Smart Set: Motion Picture and Television Fund, and ARCS - Achievement Rewards for College Scientists. She, Terry, and their white samoyed, "Sabrina," live in Sherman Oaks, California. 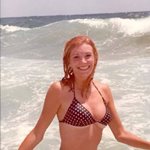 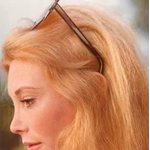 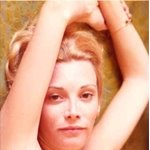 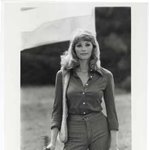 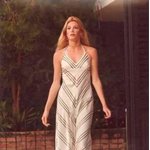 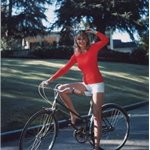 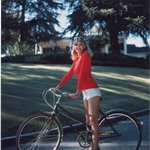 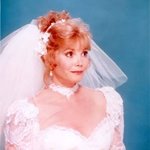