“I was the first Indian model to have a career in Paris, Milan and New York. I’m the first one to admit that I was a novelty.” Padma Lakshmi.

Exceedingly beautiful as a child, Padma Lakshmi was discovered at age 20 by a high-profile modeling agent while sitting in a cafe in Spain, where she spent part of her senior year at the university.

Following graduation, Lakshmi moved to Italy for a few years, where she trekked across the international runways for such top designers as Versace, Emanuel Ungaro, Alberta Ferretti Armani and Ralph Lauren, as well as did ad campaigns for Roberto Cavalli and Versus. She also co-hosted the TV show “Domenica in Rai” and appeared in a number of popular Italian series, including the comedy program, "Linda e il Brigadiere" (Italia-1, 1996-1997). Lakshmi has graced the covers of such magazines as Cosmopolitan, Vogue, L'Officiel India, You, Shoo, Harper's Bazaar, Newsweek, Asian Woman, Avenue, and Industry. She was a favorite model of the photographer Helmut Newton, a photographer notorious for his stylish female nudes who often highlighted Lakshmi's large scar in her photographs.

“As a model, I'm there to sell a product, and I hope that I can do something beyond just looking good, you know. That's easy when you have three people working on your hair, and your makeup, and your costumes constantly, it's hard not to look good. And you have, you know, very talented people lighting you exactly the right way, and making sure everything's right. But none of that means anything if you don't believe what we're doing and, ultimately, it's a human story.” Padma Lakshmi.

Meanwhile, Lakshmi, who was brought up as a vegetarian and was taught from early on that a proper Indian wife’s greatest asset should be not her beauty, but her skills in the kitchen, picked up and compiled low-fat recipes from various countries, which culminated in her book, “Easy Exotic: A Model's Low-Fat Recipes from Around the World.” The cookbook became a bestseller and was awarded Best First Book at the 1999 World Cookbook Awards at Versailles.

After the release of her first cookbook, Lakshmi was hired as host of the Food Network series, “Padma's Passport,” part of the larger series “Melting Pot” in which she travels the world tasting the most exotic dishes imaginable. She has also been spotted as a guest host on parts of the British culinary tourism show “Planet Food,” hosting the segments on India and Spain. Lakshmi also founded her own film production company, “Lakshmi Productions.”

During that time, Lakshmi also continued her acting career, starring in the Italian miniseries "Figlio di Sandokan, Il" (1998; aka The Son of Sandokan) and the Italian miniseries "Caraibi" (1999). She later hit the big screen with a comical supporting role as the lip-synching disco singer Sylk in Vondie Curtis-Hall's 2001 American musical drama movie starring Mariah Carey, “Glitter,” and co-starred as one of a trio of India's top models caught in a jewelry heist in the 2003 Bollywood film written and directed by Kaizad Gustad, “Boom,” starring Amitabh Bachchan. Unfortunately, both films were a box office disaster and was panned by the critics.

Afterwards, Lakshmi appeared as the Pharaoh's daughter and the foster mother of Moses, Princess Bithia, in the ABC's two-part miniseries “The Ten Commandments” (2006), alongside Dougray Scott, Naveen Andrews, and Omar Sharif. That same year, she also portrayed Sean Bean's nemesis, the beautiful but scheming Madhuvanthi, in the British action packed mini-series “Sharpe's Challenge” (iTV). She also was host of Italy's top-rated talk show “Domenica in.”

In 2006, Lakshmi was tapped to replace Katie Lee Joel, wife of singer Billy Joel, as host of the second and third season of Bravo’s runaway hit reality cooking competition show, “Top Chef.” The show was nominated two Primetime Emmys, one for Outstanding Reality-Competition Program and another one for Outstanding Cinematography for Reality Programming. 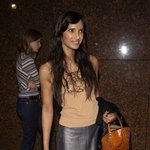 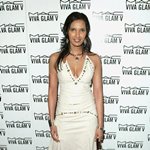 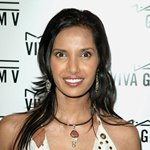 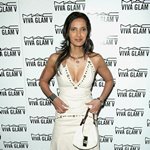 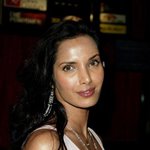 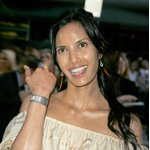 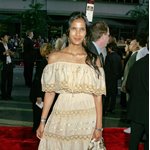 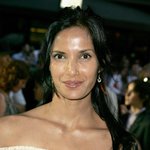