Mota was born in Santo Domingo, Dominican Republic but moved to New York at the age of 10 with her mother, grandmother, two sisters and brother, as her mother wanted her to have a better life and study at better schools. Her mother also believed she would one day become a model and constantly urged her to send photos of herself to modelling agencies and told her every day that someday she'd be famous. She was first discovered by Boss Models at the age of 16 and has since made quite an impact on the world of modelling.
She attended John Bowne High School for at least one year. She had also formed a punk band called O.M.I. along with fellow models Mayana Moura and Isabel Ibsen which was subsequently broken up when Mayana went to Brazil to study. Her sister Patricia Mota is an actress who starred in G.I.Jesus, a Carl Colpaert film which took the Grand Jury Award at Cinevegas 06. 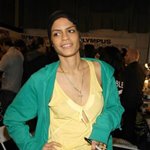 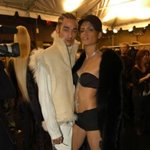