Garciaparra (Gar-See-uh-Par-uh) was part of the so-called "Holy Trinity" of shortstops that debuted in the mid '90s, which also included Alex Rodriguez (now a third baseman) and Derek Jeter. Of the three, only Jeter remains a shortstop. 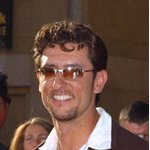